Car wash at Church of the Holy Spirit

Was cycling down Bode Rd when I saw this Church and liked the edifice. 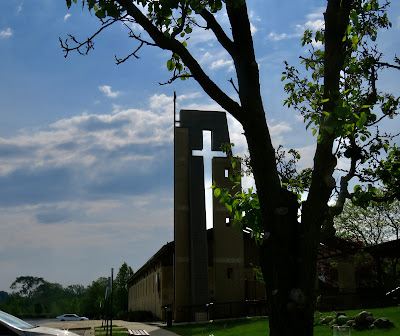 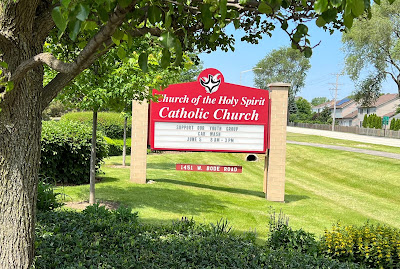 When I entered the church premises I met the caretaker of the church and he said that there was no service on that day (being a Thursday) and he directed me to the small chapel, a quaint little place. 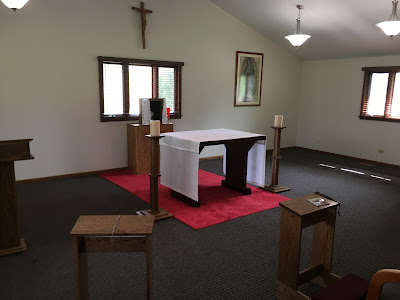 Later I clicked a few pics around the place, especially this sparrow who was busy collecting material for her nest (Thursday or any other day is the same for her) 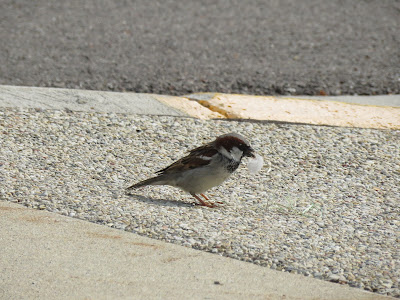 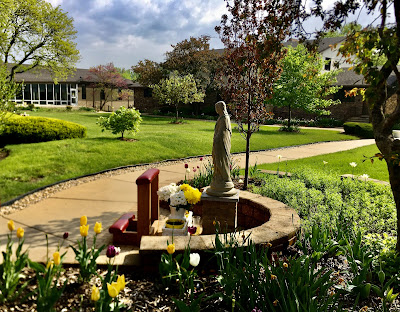 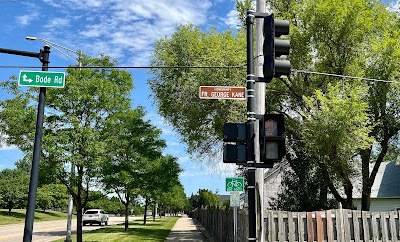 On and off I kept visiting the church on my morning cycling rounds. Liked the display of the pictures which were clicked 50 years ago when the Church was established. 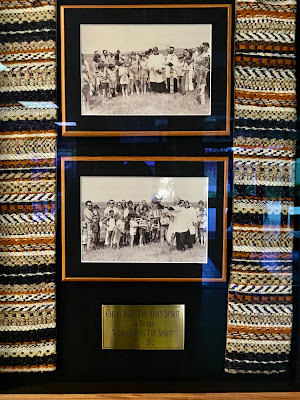 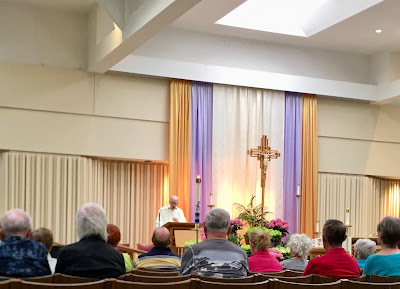 Yesterday when I visited the Church, I found that the youth of the Church were conducting a car wash drive at the parking lot. 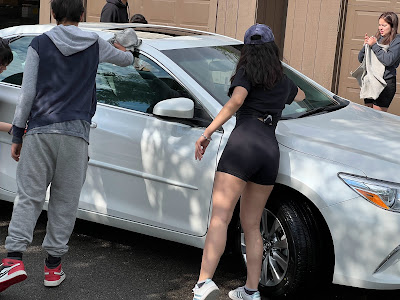 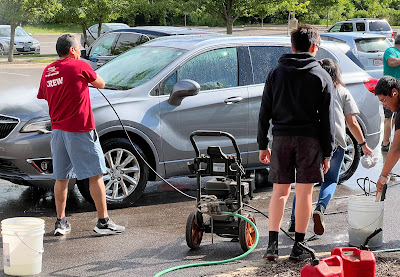 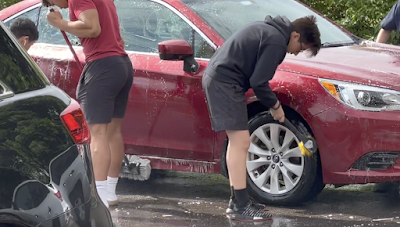 They were doing it to raise funds for their summer activities. What a novel idea. It will keep the youth occupied and at the same time learn a few tricks of the trade from the seniors (not to mention the involvement of team work) 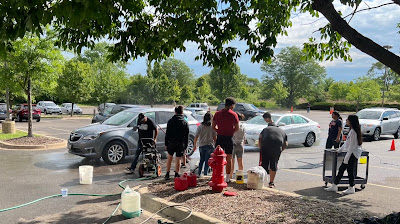 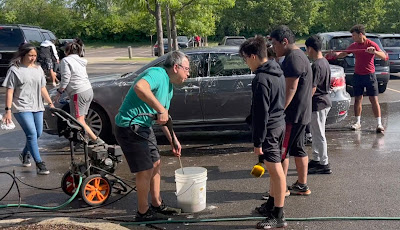 Found that it was well organised with four stations, the cleandown and wetting, the soaping and scrubbing, the wash down and finally the drying. 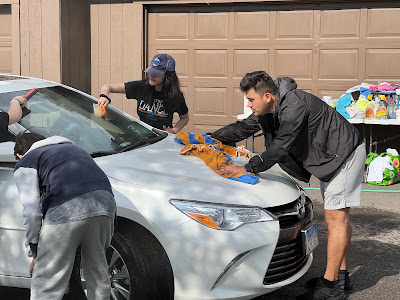 The mandatory group picture of the team. 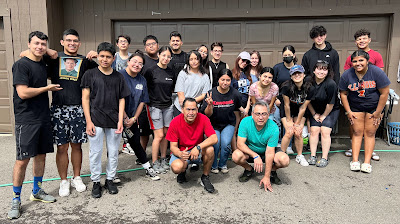 I made a short video of the car wash with all that I captured. Later I attended the 10 am Mass. Short and sweet with a meaningful sermon. I was particularly impressed by the Choir. I must admit that most of the members were senior citizens and they did a swell job (which means a lot of practice has gone in there) 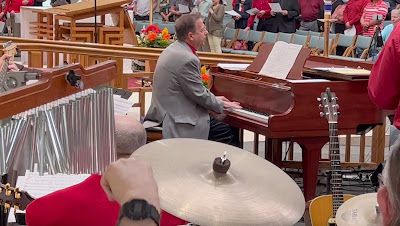 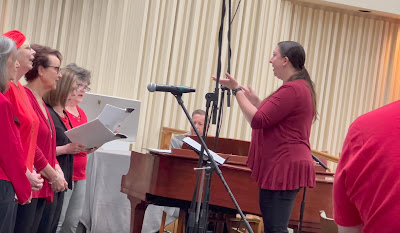 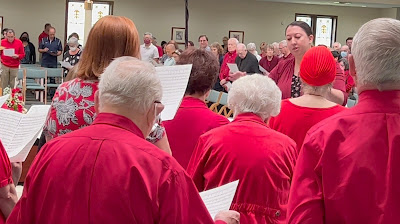 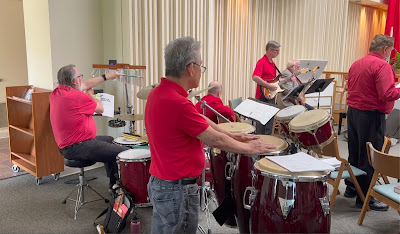 Managed to capture the concluding hymn and made a small video of it. Heard that a Family Fest is being held in the church premises from June 22nd to June 26th. Considering the enthusiasm of the Parishioners, I am sure it is going to be a grand success.
Posted by Haddock at 1:15 PM

We usually stop at Catholic churches along our various travels. I always like how different the buildings and grounds can be and yet the same service is essentially given no matter which church you attend.

True Ed, the service in India is almost the same. Glad I could attend a service here in Schaumburg.

Nice to see a large group of active young people at the church. As we say at my church, the young ones are needed for the future, and we senior citizens have a role to play too.

True Terra. Like the priest said "they are the present, they are the future. We have to help. them lead the way"

Seems you had a lovely bike ride then to Mass, the videos are both lovely.

It's lovely when a Church community is a vibrant one and manages to pull the youth in!

Great to see a large group of active young people at the church.
Washing the cars is a good idea to raise money.
The videos are beautiful.
Greetings Irma

Nice photos and very good initiative to wash cars to raise funds for the Church. Congratulations :)
Greetings from Spain!

I'm glad that churches are opening more to normal, daily activities, and bonding young and old at the same time. Great idea and wonderful photos, thanks! Valerie

Dearest Haddock,
That indeed was a very noble idea to do a car wash for a fund raiser; it served two purposes. Good for the youth to teach them that things need to be done in order to obtain something else.
Thanks for the videos.
Hugs,
Mariette

Hello,
Nice pictures. A good day to wash the cars.

I'm impressed by both the photos and the video in your post.
The topic is a very important one in every community - Fund Raising and the activities arround it.

I like the red outfits that the choir is wearing. And it's great that you got a car wash too. The grounds are so green and groomed and pretty. And love that little sparrow. They are coming around lately here.

I hope the June days have been good to you so far.

Car wash days like these are a great American tradition. Great to see the kids and everyone joined in the activities. - Rohit D'souza.

car wash drive - nice!
for the sparrow collecting material for her nest - everyday is the same - liked that :)

This seems to be a lovely church. Do you have a church? The little sparrow looks like what we call an English Sparrow, or House Sparrow.

Nice to meet this happy little church and a sparrow too

Summer is an excellent time for the youth to have car washes to make some money for whatever missions trips or camps that are wanting to go to. And they do a pretty good job, too.

Thanks for stopping by my blog for the first time. I appreciate it.

This brings back fond memories of my youth when we would do car washes at the church to raise money for our summer church camp activities. I'm glad to see these kids doing good outside instead of being glued to their electronic devices. I hope they raised enough money to have a great summer together!

It's always such a joy to see active young people involved with church activities.

We have bicycles but haven't used them in years. I don't like riding on the street, though. When our kids were small, we'd go to the mountains for the day and ride our bikes around the one-way loop road through Cades Cove which is closed to traffic on Saturday mornings before 10am (I'm not the schedule now). It was great family fun. I liked the car wash video set to music. :) Those kids indeed can learn much from their elders. Thanks for visiting and please feel free to join the Monday's Music Moves Me link up anytime!

What a lovely cycling jaunt. I am tempted to get back to the saddle and go exploring this weekend.