One of the things I like to observe when on a trip abroad is the street show. They are interesting and entertaining. But if you look a little closer you will find the reason why some of them do these shows. Like for example Jess Josie Lee who is travelling the world funding herself doing what she likes best  – busking.  Clicked this while she was singing away to glory at Cornmarket Street, Oxford,  on 25th July. 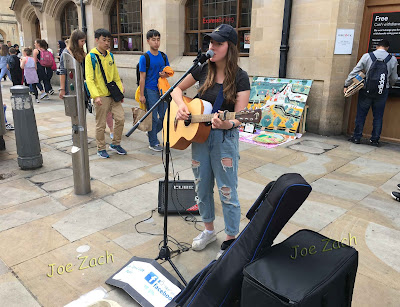 These two guys (known as the Mangor DUO) were too good on their guitar. Spotted them at Reading. 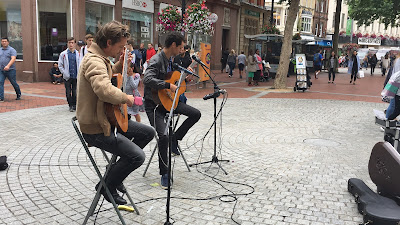 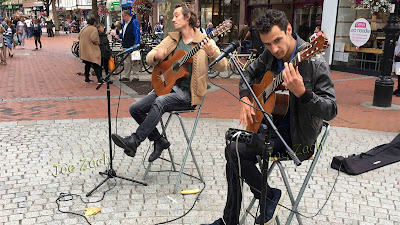 It is also interesting to watch the pedestrians as they pass by. You can see their body automatically sway to the music as they pass the speaker (at least those who are musically inclined) (watch these two girls at 2.50) 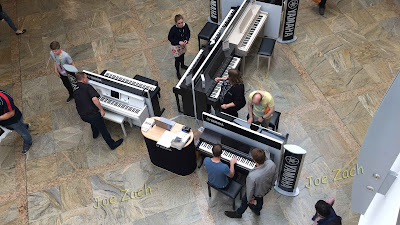 Unfortunately there was little audience for this man on his accordion, probably he has selected a quiet street behind a store. 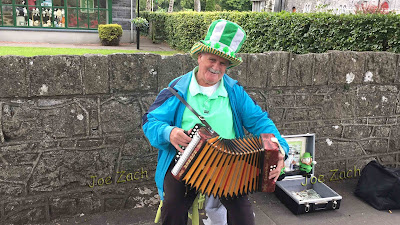 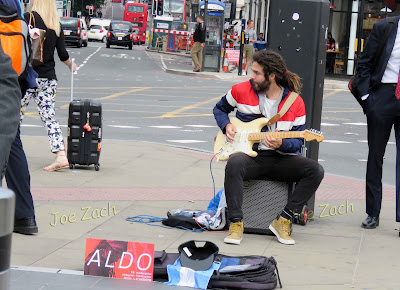 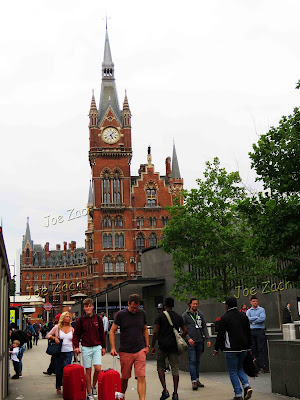 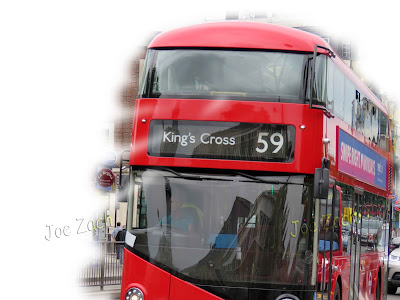 I have captured most of these and strung it up into a small video.
Saw these guys playing at Chester cross (the junction of Bridge Street and Watergate Street) You can see the street names written on top. All street names are elevated and displayed at an height of about 20 feet. It was only later I realized that this cross road had some historical significance. 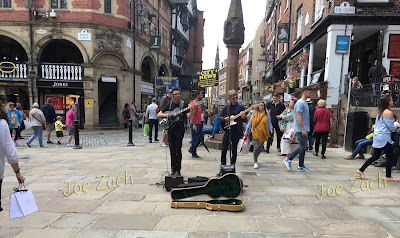 Jason Allan was performing not far from Chester Cross. 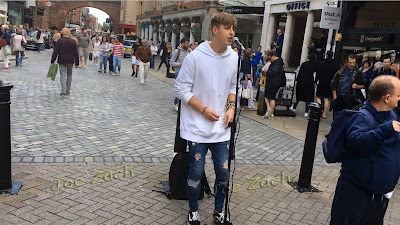 Princess street at Edinburgh is a hub of activity when it comes to busking. It was nice and sunny with many tourists sprawled out on the lawn. 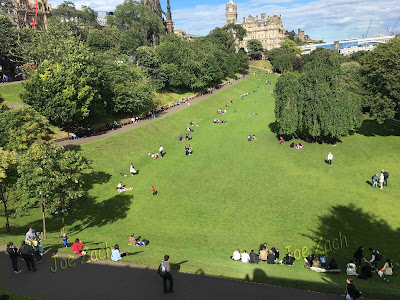 You could hear music from different quarters (without disturbing each other) 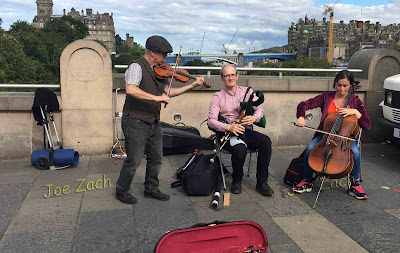 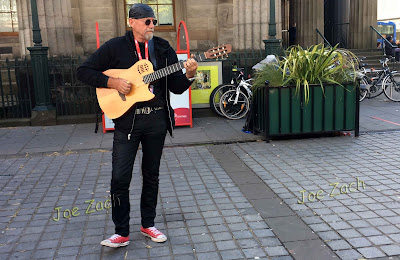 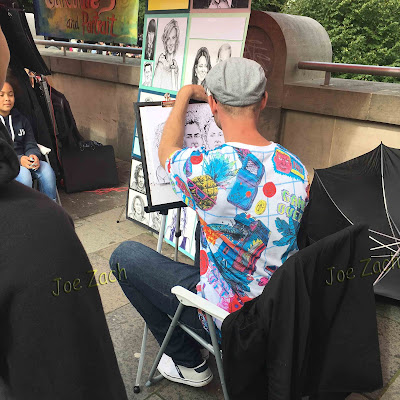 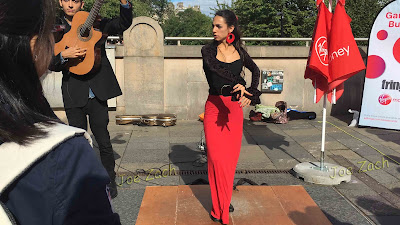 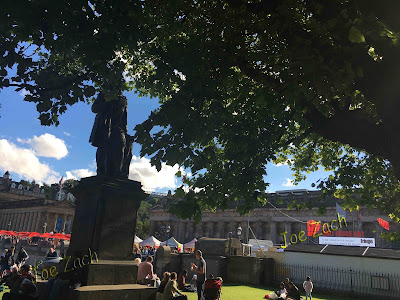 When you walk around you come across some shops with unusual names.  Saw this one in York 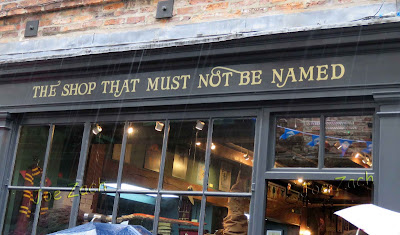 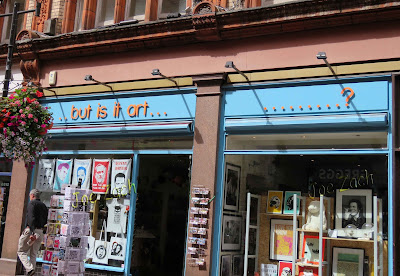 These two are from Bath. I noticed that people do contribute generously. 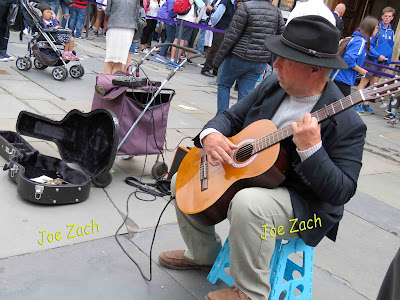 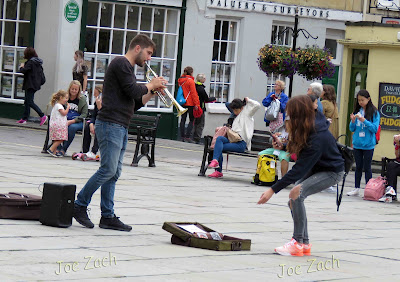 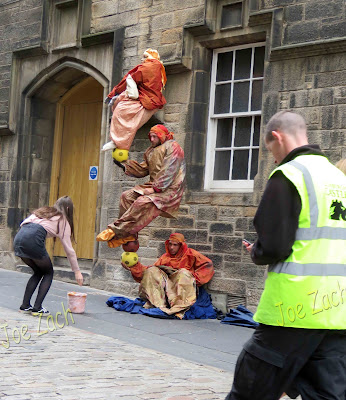 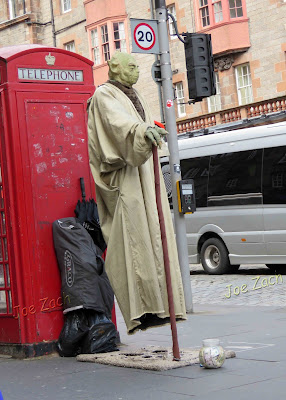 These two girls produced some excellent music. I purposely clicked with the elderly couple in the foreground. Wonder how Princess Street was when they were young. 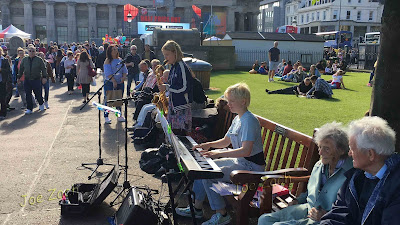