It was good to see the happy atmosphere even before the sun was up. Some parents (and grand parents) came to drop off their kids while others were busy clicking group pictures 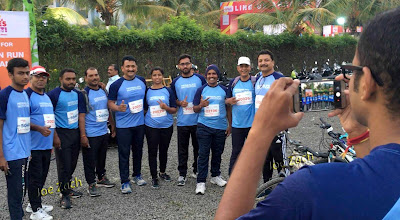 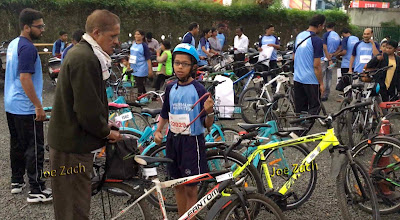 Some helped in putting the tag numbers on the cycle the right way. 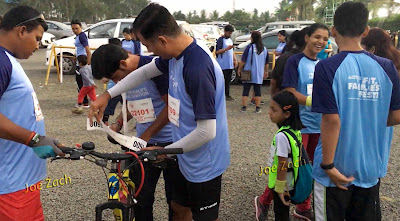 Took part in a cycle rally where the distance to be covered was 20 kms and the turn out was pretty good.
All waiting in anticipation for the flag off, which got slightly delayed, probably waiting for the dignitaries to arrive. 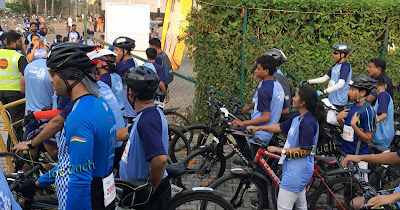 One of the participants had his blood group and emergency number printed on his Tee shirt. I think that is a better option than having a card in the pocket. 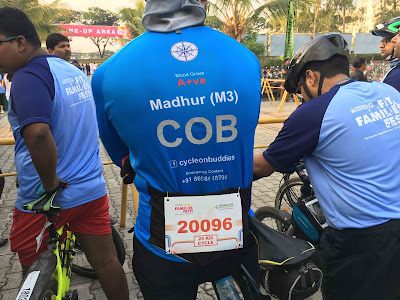 Finally we were flagged off and all took off in earnest with the younger ones going off in full steam. 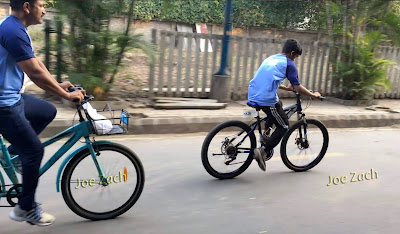 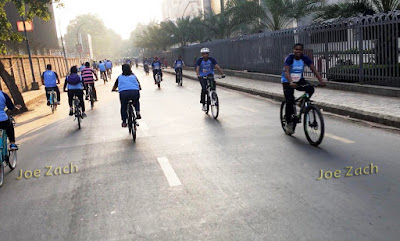 I managed to capture a few clips while pedaling and it was amusing to see some sights, like this guy cruising along with a helping hand from his friend. There were running events too taking place on the same track (for 5 kms and 10 kms) and as the roads were taken up, we had to manoeuver through the side walks. If the shadows are pretty long then you can be sure that you are out at the right time in the morning for pedalling and jogging. 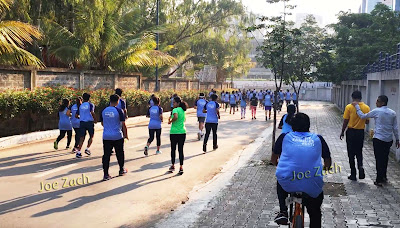 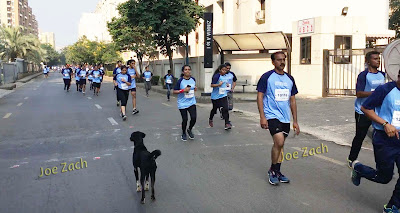 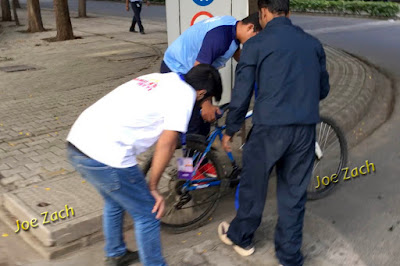 This guy who handed out the water bottles was generous with his smile. (passed him twice as we had to do two laps to cover 20 kms) 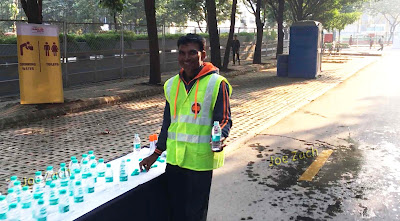 Talking of water bottles, I saw most of the participants chucking away the empty bottles on the road. It would have helped if the organisers had placed dustbins at strategic places en route. This is not only about participation but an opportunity to inculcate the right habits of disposing trash.
The scenic beauty of the place was good and added to the spirit of the occasion. 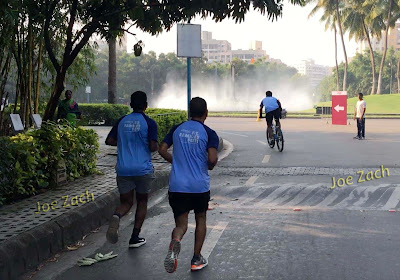 While overtaking this guy I cheered him saying "good show, keep it up"  He was quick with a smile and a thumbs up. 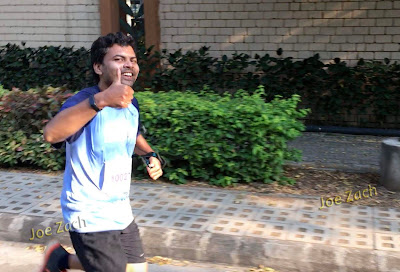 While crossing the finish line I noticed that the time was 8.45 which means I must have taken about 80 minutes to cover 20 kms. Well it was not a race but participation was the key word. 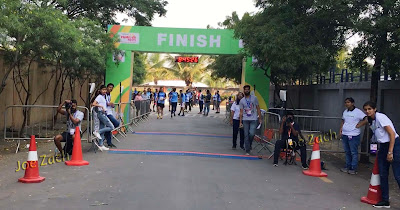 Later I was told that Mary Kom and Saina Nehwal had flagged off our event, but like me, many must have failed to notice them as the flagging off box was placed a little too high. Later I saw Mary Kom flagging off another event for kids. 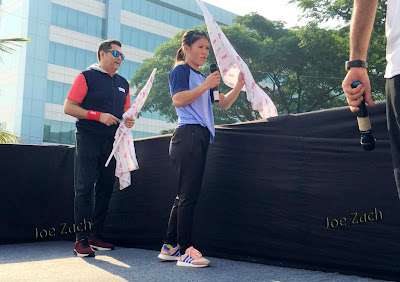 Made a short video of all that I captured.

The mandatory group photos by the successful participants 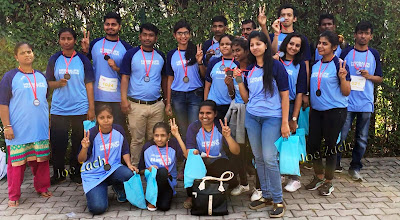