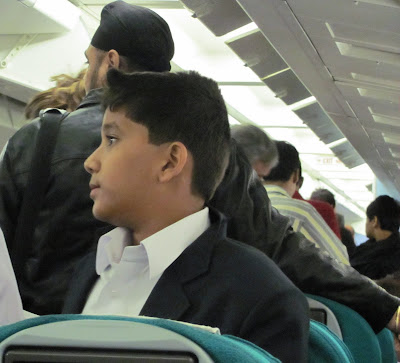 On the flight there were some school kids who were going to Copenhagen Denmark, to take part in a football match (under 19) 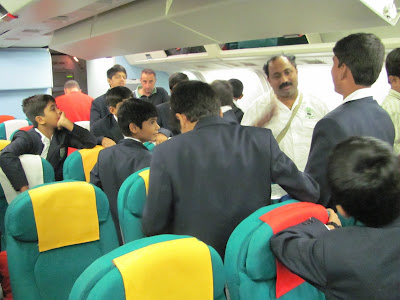 They were very excited about the whole thing and was making the best of it in the flight as well as at the airport.
I had a chat with the coach and he said that there were 60 teams taking part and these kids are from different schools in Mumbai. This is organised by a club and I feel this must be really encouraging for these kids. Wish there were more such orpganisations to boost the school kids.
Some pics of the kids in the aircraft and at the Vienna airport. 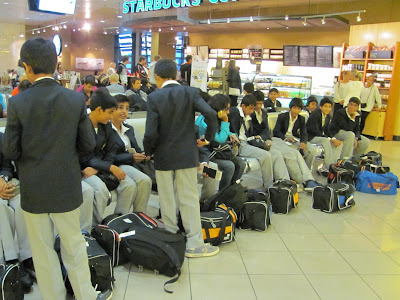 Clicked some more pics at the Vienna airport as I had to kill two hrs. 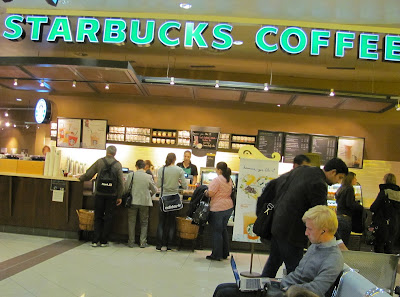 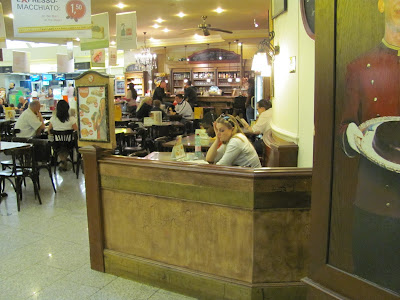 And at the Amsterdam airport I saw two cars , and what a contrast between the two. But each has their own value I suppose, old or new.

So hope to get lots of photographs to write more posts as I intend to cover Amsterdam, Antwerp, Bruggs, Paris, Amiens, Normandy, Madrid and Vienna in 27 days.
Posted by Haddock at 3:27 AM 11 comments: