Like the saying goes "One has to see it to believe it"
I had seen photographs of the Okapi earlier but always wondered if such an animal really existed. 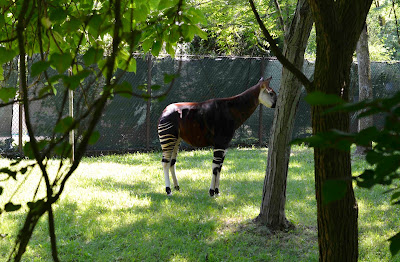 Last week I saw the Okapi at the Brookefield zoo in Chicago and was mesmerised by its beauty.
The Okapi is native to the northeast of Congo in Central Africa and is classified as endangered.

Okapi are elusive and they would like to keep it that way. Their lush coat is a soft and velvety wine-red colour that blends well with darker parts of the forest.The striped pattern on their rear resembles filtered sunlight on the forest floor. 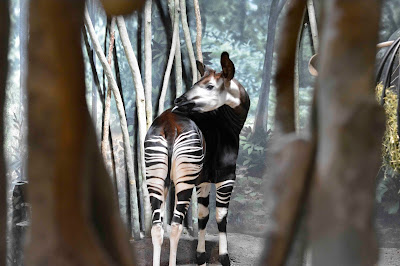 A new born Okapi refrains from pooping for the first 60 days of its life. Conservation scientists discovered that this was a normal survival skill to keep from being detected by dangerous predators. 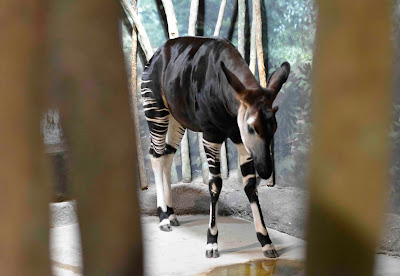 Though at first glance, one may feel they are more like the zebra, they are closely related to the giraffe. Among many similarities the Ossicone is the most prominent one. Only Giraffes and Okapi have Ossicones. These horn like protrusions are covered in skin and fur and are made of hardened or ossified cartilage that, in time, becomes permanently fused to the skull. 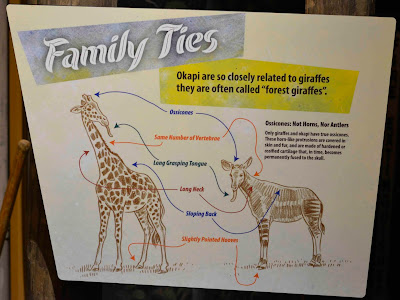 I like to sit and observe her when she is busy with her art work. This picture was clicked last month as she was painting one of the sarees. Today (18th July) she turns 99. 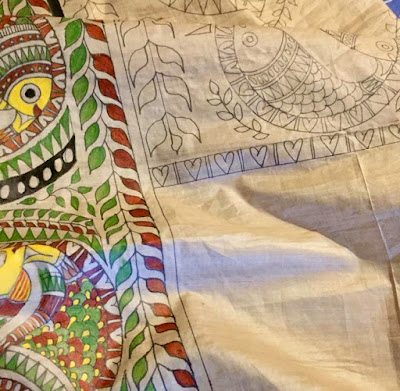 Those who appreciate her work are queuing up with their sarees and dress material to get it painted. 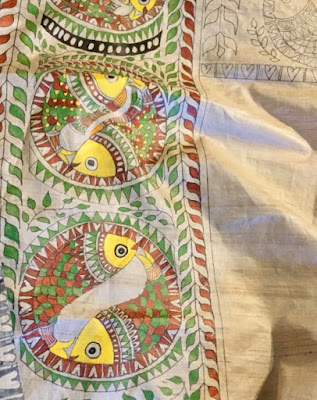 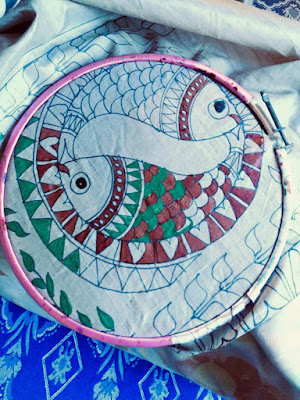 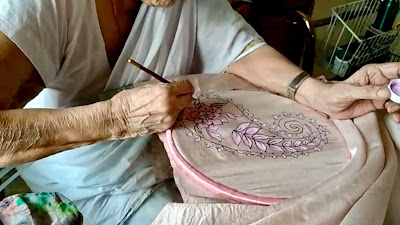 At her desk on the eve of her Birthday

You can see more of her work at this link.