As of today this is what one gets to see of the famous bull and the golden plough which is supposed to be in the courtyard of Lal Mahal in Pune. The Lal Mahal itself is all barricaded and closed in the name of "restoration and renovation" I managed to get a part of the bull from a vantage point near the entrance. 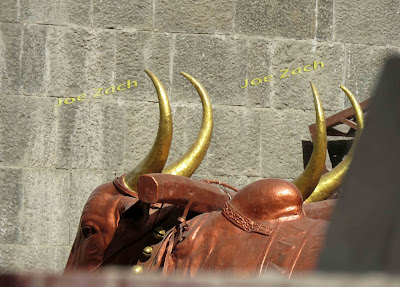 Did a Heritage walk in Pune this week and came to know about many things (and places) that existed in the city. The emphasis was more on the iconic women from the city who shaped Indian history.
Came to know about Queen Naganika. She was the first Indian female ruler to have coins to her name.
Inscriptions about her can be seen at Naneghat (near Junnar)
The two silver coins dating back to the first century BCE have Naganika's name on it. Her name "Naganikaya" in Brahmi script is placed at the centre of the coin while the name of Satakarni (her husband) is placed below.

Mastani (second wife of Maratha Peshwa Bajirao) lived in the north east part of Shaniwar Wada. It has a separate door and is named Mastani Darwaza. This tree just outside the Darwaza is huge and could probably tell the exact story of Mastani's short stay at Shaniwar wada. 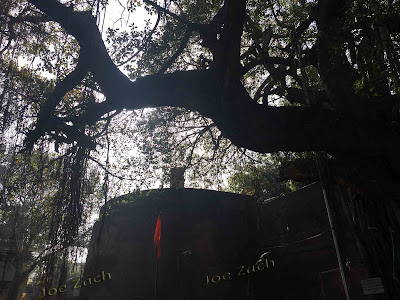 Another place we visited was the Bhausaheb Rangari's Bhavan. It was also a place where many freedom fighters met and stored weapons. The house was built in such a way that there were secret tunnels which would help the revolutionaries escape. 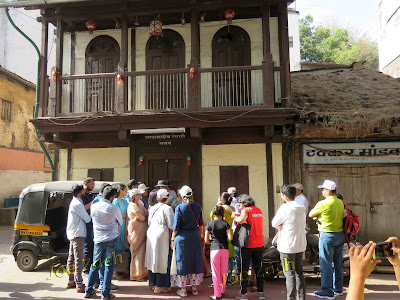 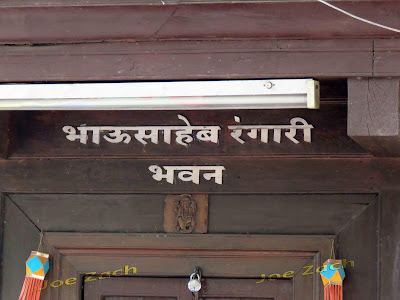 This blue plaque identifies the residence of Dr Anandibai Joshi. 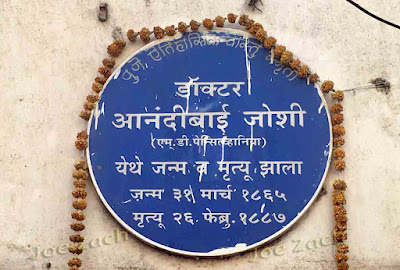 She was the first woman from India who obtained a degree in Western Medicine. She died at an young age of 23 in 1887. 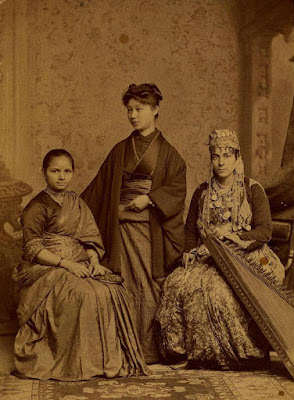 Anandibai Joshi graduated from the Woman's Medical College in Pennsylvania in 1886. All three completed their medical studies and each of them was the first woman from their respective countries to obtain a degree in western medicine.

On March 31st 2018, Google honored her with a Google Doodle to commemorate her 153rd birth anniversary. 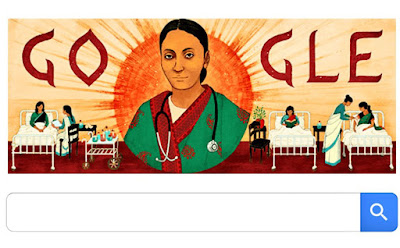 Incidentally the Pune Bharat Gayan Samaj is housed in the same building which is more than a century old. 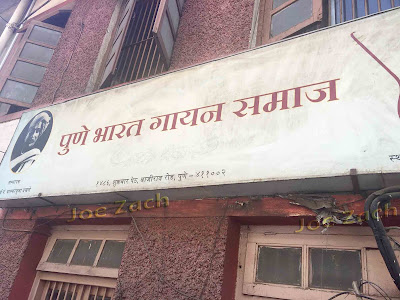 Opposite this is the Pune Library, established in 1878 and the building still stands. 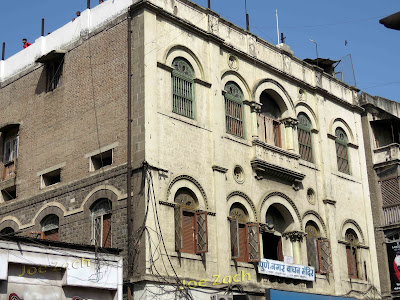 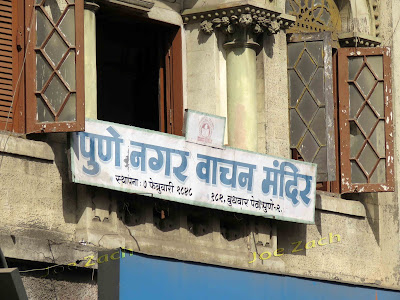 Noticed some young artists trying to sketch these historical places. 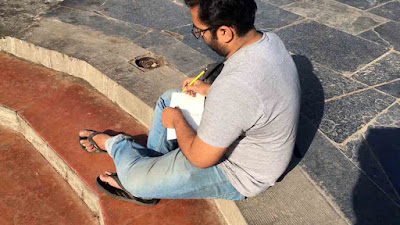 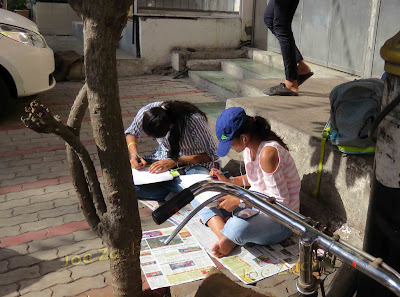 While doing the walk, we crossed the Mahatma Phule Mandai, which has been standing there for more than a century. 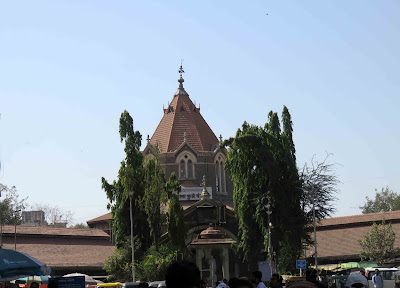 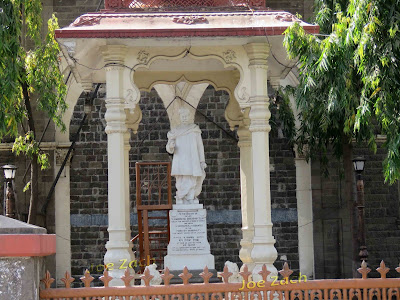 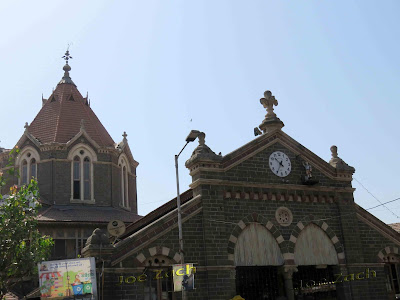 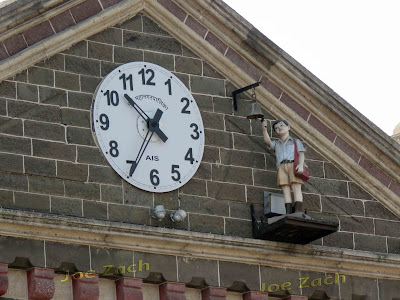 I wonder if the boy still rings the bell every hour. Incidentally this boy's statute was installed after the tragedy in 1993 when 38 school kids lost their lives when their bus was hit by a train at an unmanned level crossing at Phursungi.

The mandatory group picture of all who were enlightened by the walk. 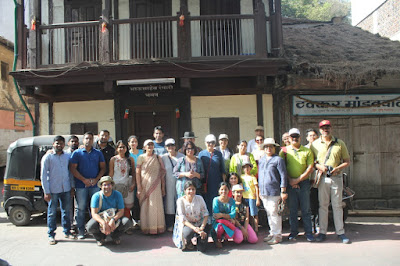 Made a short video showing all the stops that we took while walking.