When compared to the previous blog written two weeks ago, the venue was the same and the crowd was (almost) the same. The only difference was the band. 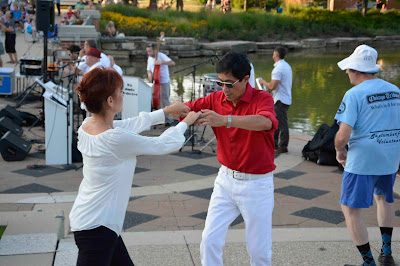 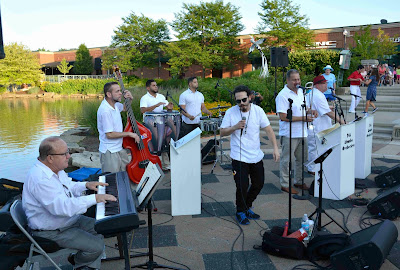 Had been to the Schaumburg Library Town Square where the 911 Mambo Orchestra gave a wonderful performance. 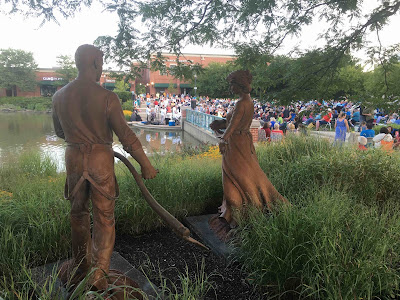 The group achieved national attention when it was nominated for a Grammy Award for best Traditional Tropical Latin Album. 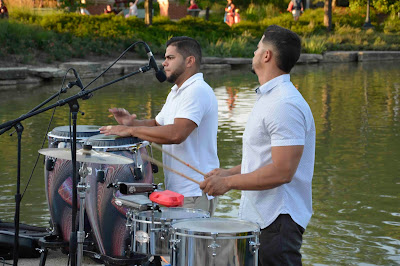 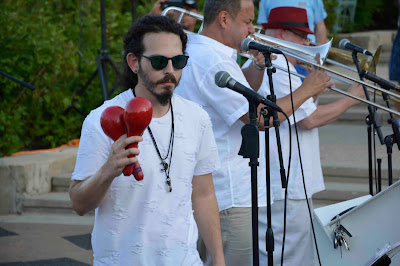 Some of the audience joined in for a dance and I could see that people from all age group had a good time. 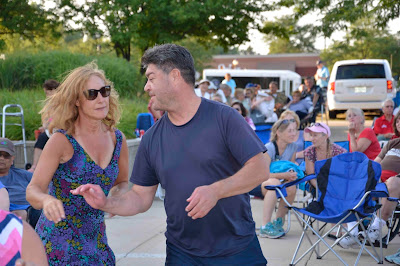 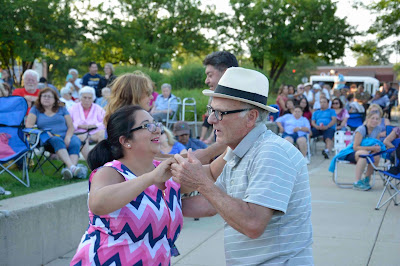 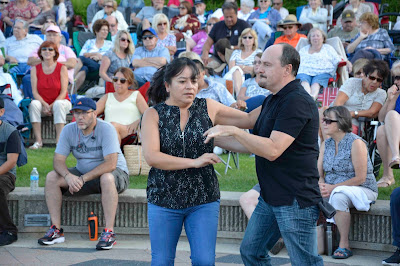 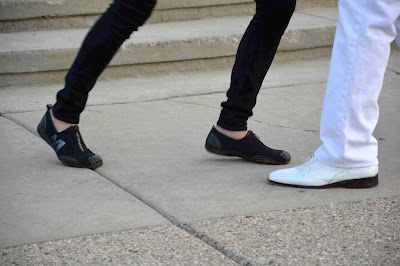 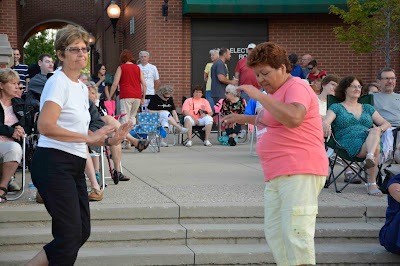 Our friend the artist was there sketching the performers and as usual he was quick with his sketches. 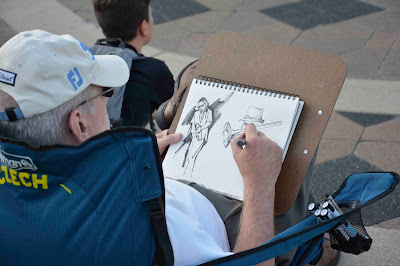 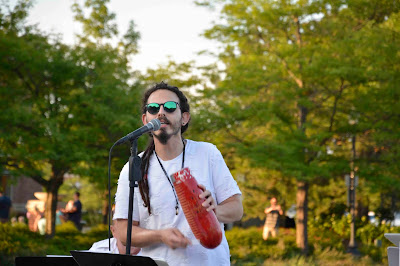 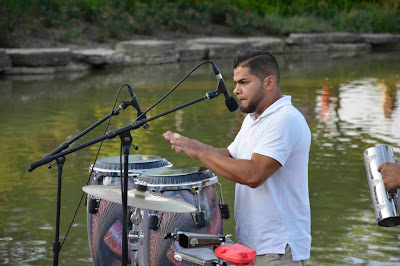 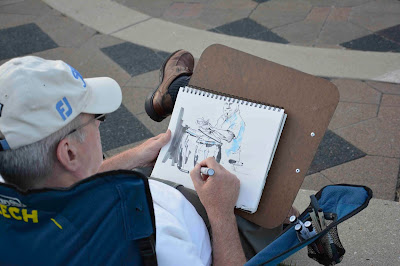 One of the singers made everyone stand and asked them to dance from wherever they were standing. "I am from the medical field and I don't want any thrombosis to happen" he said. In a way it was good as it gave a chance for everyone to shake a leg especially those who were shy to come to the dance floor. 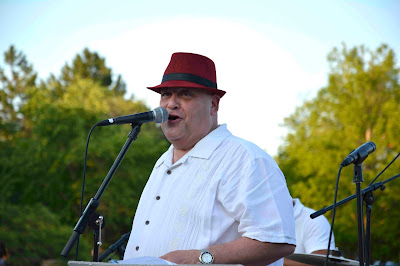 Made a short 14 minute video of all what I could capture. One could say that the musicians enjoyed what they did. 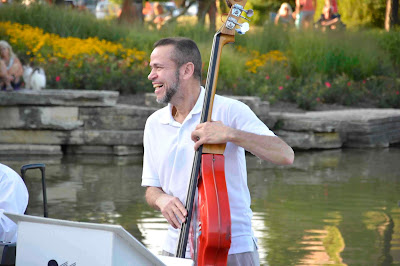 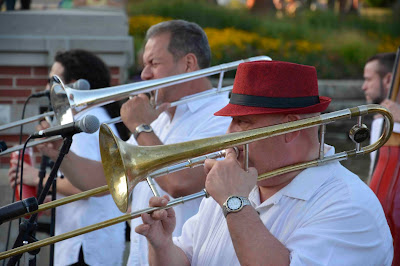 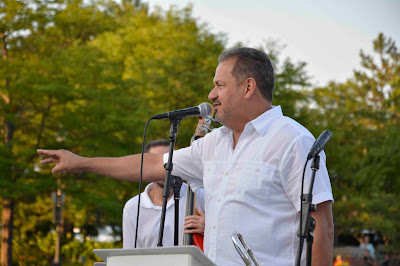