A quick trip to Kerala

Had been to Kerala (South India) to attend a funeral. 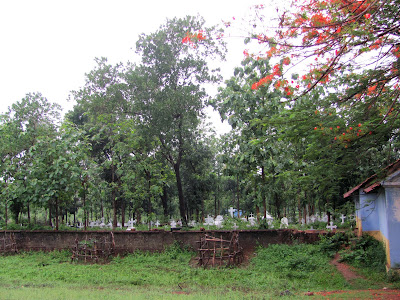 Finally managed to get a direct flight from Mumbai to Calicut. (Kozhikode) From there proceeded to Kanoor by road (a three hour journey) 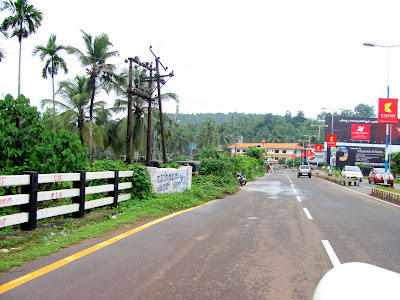 This is my first trip to the northern part of Kerala and even though I was concentrating on the fact that I should reach my destination before the burial takes place, I couldn’t help notice that this part of Kerala is really beautiful. I wonder why there is no development as far as tourism is concerned.

Due to some traffic jam in the city side (locally known as “block”) we had to finally drive straight to the cemetery.

Some times things don’t happen the way we plan it.

For a long time Tomy (my cousin who expired) had been calling me to visit him from the time he moved to Kanoor. I kept postponing the visit as it was almost eight hours from Cochin by train. Just last month I was planning to make a trip to Bangalore and drive down from there to Kanoor to meet Tomy and his family, but due to some reason I shelved that too.
The last time I met Tomy was when he called on me 9 years ago at Alleppey.

I don’t click pictures of the deceased as I like to remember them as they were when they were hale and hearty.

Tomy was buried in the same tomb where his mother was buried.

This is his mother’s cross which was removed temporarily to lower his casket. 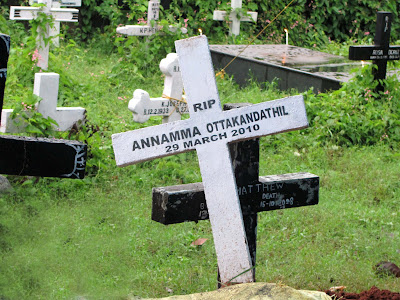 Had to get back to Cochin as our return flight was from Cochin to Mumbai. Some of the family members were going back the same day to Alleppey (Alepuzha) by the overnight train. No reservations, no berths. So we too just purchased tickets and hopped into the unreserved compartment. Managed a few winks in the 8 hour journey (that is when we got place to sit after standing for an hour)

What a contrast between the night travel in the unreserved compartment 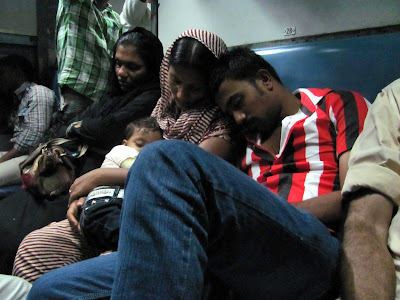 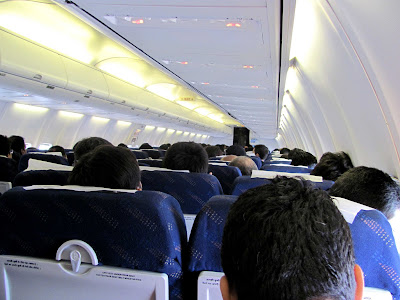 The next day I freshened up at my uncle’s place at Alleppey and left for Thiruvella to meet one of my aunts who is in an old age home. 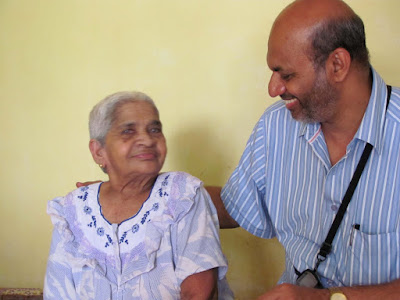 Was she happy to see me? She scolded me for not sending her the Birthday card which I used to send religiously for the last 20 years. I apologized and told her that I will be sending the Xmas card followed by the B’day card (her B’day is on Jan 1st) She told me that Onam is a big celebration in Kerala. I got the hint. So it will be Onam, Xmas and B’day card from now on. Maybe I can add one at Diwali time too.
(the problem is that I cannot write Malayalam and she cannot read English. So I make up by sending colourful and flowery cards with a few broken sentences in Malayalam) 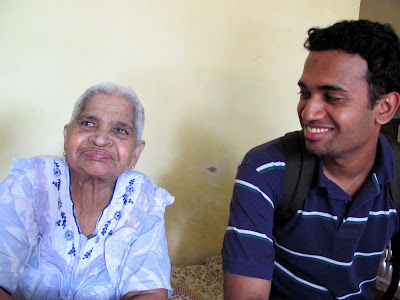 From there proceeded to Cochin via Kottayam meeting more relatives on the way.

The view along the way was great with some places posing a challenge with water from the nearby paddy fields overflowing on to the road, but our driver was very cool and drove through. 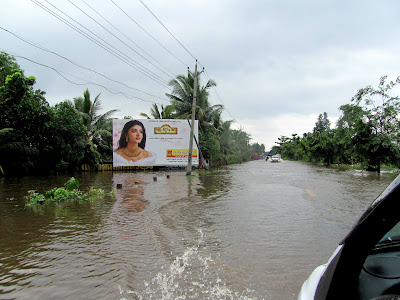 And then there are these roadside shops selling fresh vegetables and fruits. 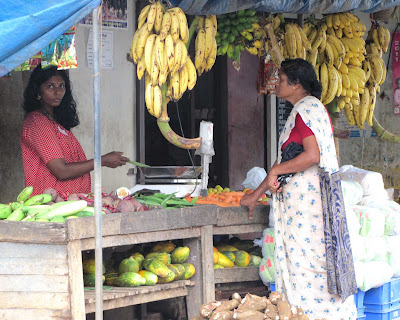 At Cochin we had a feast on the Chakka and Manga (Jackfruit and Mangoes) Unusually the Jackfruit were plenty this time on this tree and it was being liberally distributed to all those who came home. 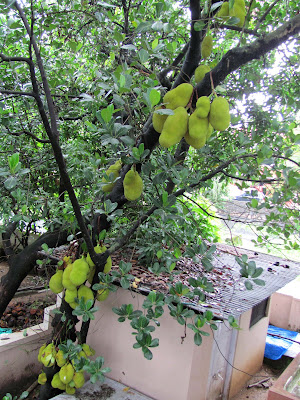 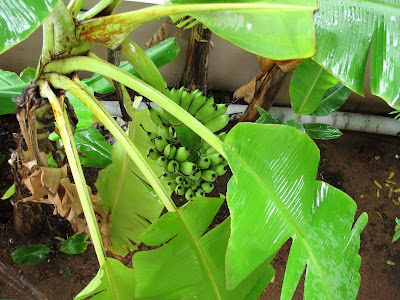 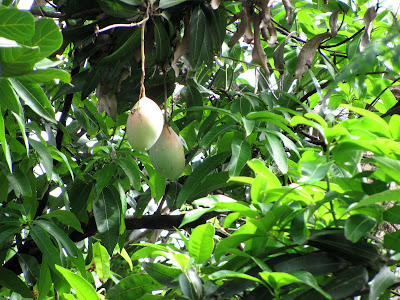 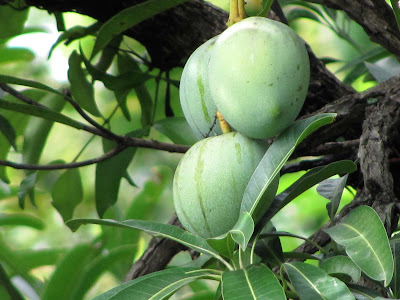 Noticed that most of the coconut trees had coconuts which had surpassed their plucking time. What I gathered was that the specialists who climbed the tree are demanding high labour charges (something like Rs 25 + 2 free coconuts per tree) which makes it a costly affair. But on the flip side, leaving them on the tree is a potential safety hazard too. 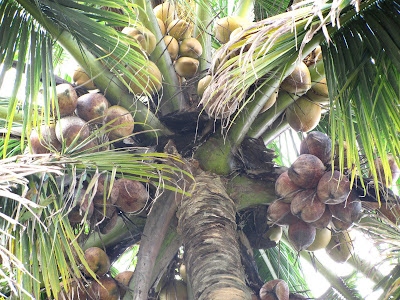 Got to drink Chambanga wine , the best wine I have ever tasted. (Chambanga is Rose Apple) 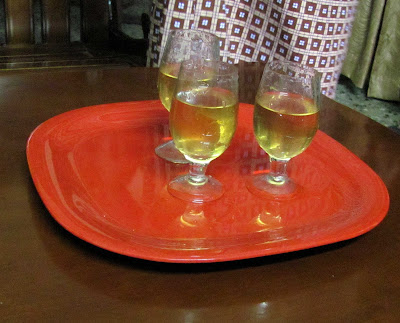 Sebu uncle, who made the Chambanga wine was good enough to pluck some nice raw mangoes for us to take back home. 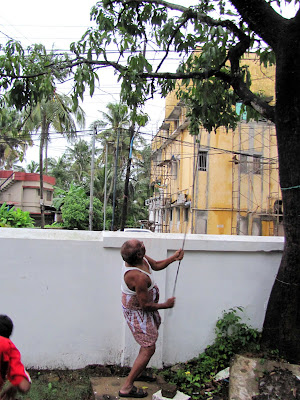 One of the delicacies that was served to us was the Karimeen. I was impressed by the way each fish was meticulously cleaned and cut and had to click it before it went into the curry pot. 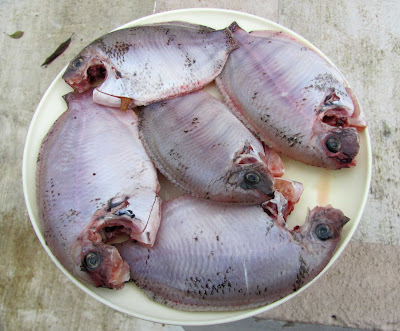 Got to see more realtives along the way. 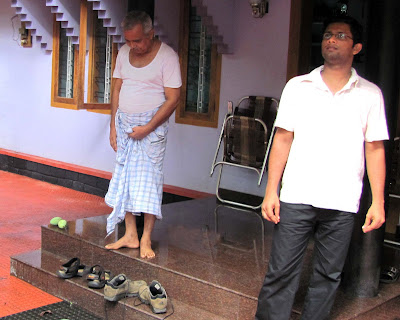 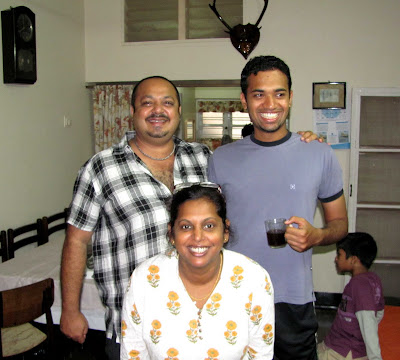 To end on a colourful note, there were these umbrellas  displayed at the Cochin airport. 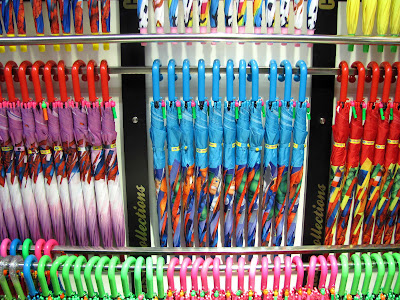