For the first time in human history, the world will soon have more older people than children.
By mid-century,  2 billion men and women will be over 60 years old.  Sounds scary? Not really.
You might think,
Older people can’t take care of themselves.

Older people can’t do new things at work (or play)

Older people are no longer attractive

Older people should accept illness as part of ageing

The world is changing.
Stereotypes hold us back.

So what can we do about this?
a)   Start early with healthy habits
Whenever I see kids playing basketball, my fingers itch to grab the ball and join them in the game. But the fact is that I know I won’t be able to keep up for more than 2 minutes on the court. 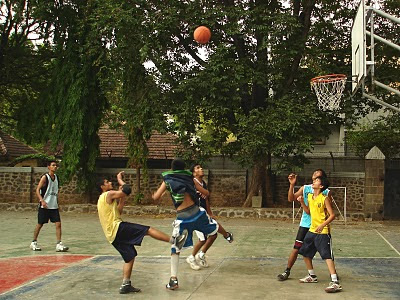 The reason? Somewhere along the way I gave up playing basketball and as a result my stamina is not the same. But I know of a senior in our organisation who retired last year at the age of sixty. He played five days a week after office hours and was still coaching the youngsters when he retired. I would call that as developing a healthy habit and sticking to it. 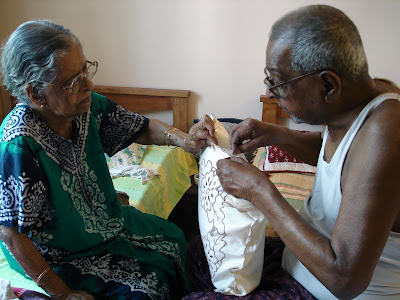 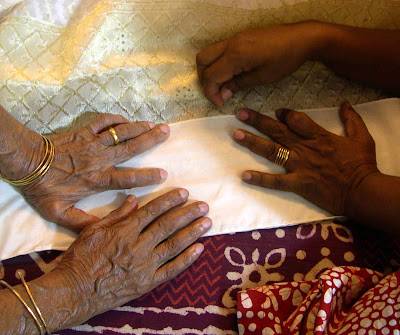 c)   Keep older people at the heart of the family and community. . . to continue reading click here.

Anything that happens at the Gaza strip is always under scrutiny for various reasons. 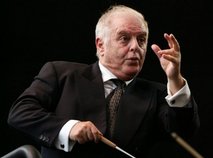 So when the renowned Jewish conductor Daniel Barenboim decided to perform an orchestra of European musicians in the Gaza strip eyebrows were raised. Many  doubted whether that would ever  happen. But Daniel pulled it off by secretly coordinating with the United Nations and the announcement was made only when the invitations were distributed.
Barenboim, an Argentine-born Jew who was raised in Israel, and has Israel citizenship, took Palestinian citizenship in 2008.He believed his rare new status could serve a model for peace between the two peoples, who have  for years lived under the shadow of  war and mistrust. 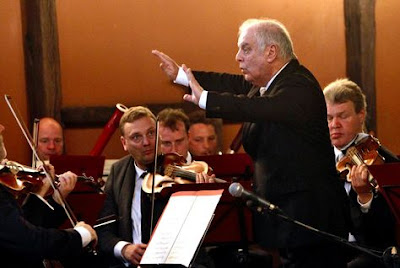 In Daniel’s words "We are very happy to come to Gaza. We are playing this concert as a sign of our solidarity and friendship with the civil society of Gaza"
A part of his speech can be heard at the end of this article where you can see a 2.5 minute short film. You can see him praising the children of Gaza, “What I do is make music, but I am also very happy to see these wonderful children play”

He knew that his visit to the Gaza Strip would violate an Israeli law which bans its citizens from entering the coastal enclave.
For the occasion Egypt agreed to open not just the Rafah border to let the orchestra into Gaza but also the airport in El Arish,  long shut to commercial traffic. Under a bright, cloudless blue sky, a convoy of white United Nations vehicles, some armoured, their blue flags flapping, picked up the players at the crossing and drove them past waving teenagers on rubble-strewn sidewalks and old men riding donkey carts over shattered streets.
Older Gazans, several fighting back tears, said they could not remember anything like this: a group of world-famous musicians coming to give a concert. Just getting by was a daily struggle for the people of Gaza.
Daniel had enlisted about two dozen elite . . .  . .  to continue reading click here 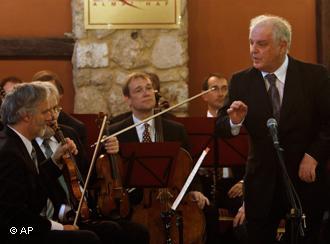 A tribute to mother

It is very rare that one can tell a story in two minutes. Especially when the story is touching and close to the heart.
But that is exactly what Jonathan has done with his short film “Sherry- like the drink”.
It is about a lady who was a teacher by profession but more than that she was a friend for many. In the small town she lived, people always flocked to her for advice and help and she was more than willing to oblige.

The title of the film is an ode to how she lived her life. And through out the film, the focus on her character as she was in real life is highlighted, as bubbly, fun loving, helpful, inspiring, and always with a zest for life.
The whole picture tells  the story of  her attachment towards the kids and  the people around her. The music by Chris Revgel is just wonderful and in perfect tune with the cartoon characters. I like the way the children are shown playing in the park and how a child uses the slide to join his group.
The animation was done on paper and inked with ink liners, scanned and coloured digitally. 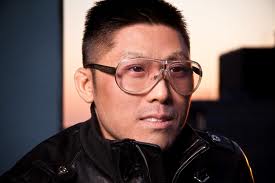 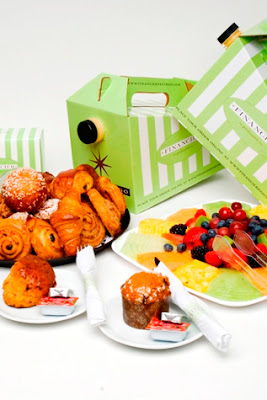 We are talking about Mr Bedoucha who made this happen.
It takes a lot of courage to resettle in a different country especially when one takes up a new job, with no idea about who or how the clientele is going to be. But that is exactly what Mr  Eric Bedoucha did. A pastry chef, he shifted from France to New York and created Financier Patisserie, a famous and successful French pastry company in New York city.
Now for the last 30 years he is in the United States. In his own words “but during the first twenty years I did not feel like I had truly settled here. It took me a good 20 years to understand Americans and to make them trust me, because they are very open and very friendly, but to gain their confidence, it takes time. However once you have gained it, then it’s good for life”
His greatest challenge was to guess what the . . . . .  read on
Posted by Haddock at 11:43 AM 7 comments: