Had been to Bharuch last month. This was my first visit to Gujarat. Like they say, the journey is more interesting than reaching the destination.
Travelled by the double decker train, again a first time. If you happen to be on the lower deck and look out of the window, you get a worm’s eye view especially of the platform and the commuters. 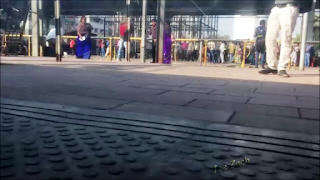 For people travelling long distance it is going to be a pain as the luggage racks don’t take in big luggage and we Indians don’t know how to travel light.  Some keep their luggage in the aisle making it difficult for other commuters to walk. 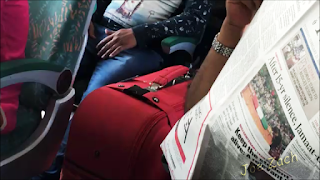 While filming the interior ofthe train  I caught one guy accidentally dropping his luggage on a co passenger. Luckily no one was hurt.
There are many Indian songs showing the train or travelling by train , like Jiya ho, jiya ho jiya kuch bol do, or Rajesh Khanna’s Sapno ki Rani kab ayegi tu, or Shah Rukh’s Chaiya Chaiya, but I like the one on Rajesh Khanna and Zeenat singing Hum Dono Do Premee.

While waiting for the train at Bombay Central I saw this board outside the cafeteria. You get a glass of hot milk for Rs 10/- but if you ask for it in English you will get 50 ml less. 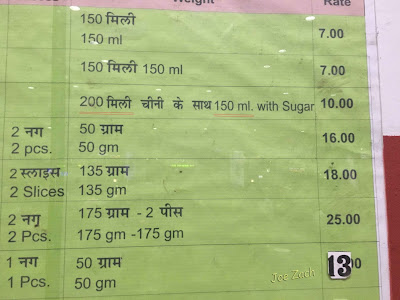 Actually I had been for a wedding shoot in Bharuch. Apart from capturing the wedding and the happy atmosphere, there are other things that catch your eye. Like the pundit who keeps his match box at a funny location for easy access. 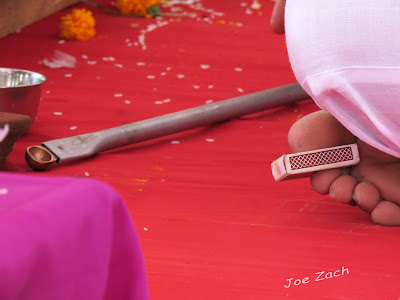 I am usually engaged to capture candid pictures and videos while there is a professional photographer who clicks the “standard” pictures. (I refuse to do that as I have an aversion for posed pictures)
At the same location with the same subjects, one can make the picture interesting by just waiting for “that moment”  By comparing these two pictures below you will get an idea of what I am trying to say. 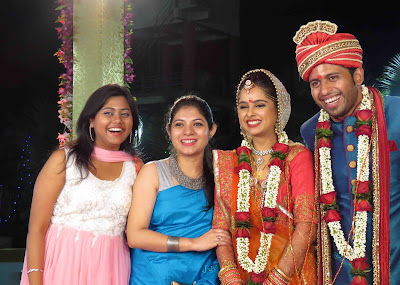 pic clicked at "that moment" 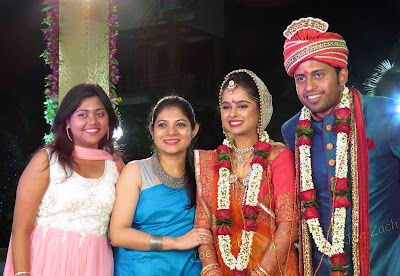 posed picture clicked by the photographer

It is funny to see the reactions of the guests and the couple when something happens out of turn. Here it was the case of the Flying Umbrellas.  Most of these happened when my camera was rolling,  but I edited them out in the final cut.

It was interesting to see the bride coming to the mandap on a motor bike, riding pillion. If I had known this earlier I would have suggested to keep the headlights off as that was causing a glare, and I had a tough time keeping it out of the frame. 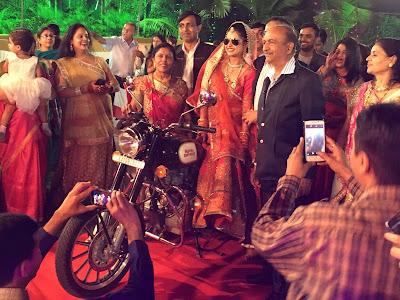 During my stay there I was put up in the Guest House and was impressed by the place. 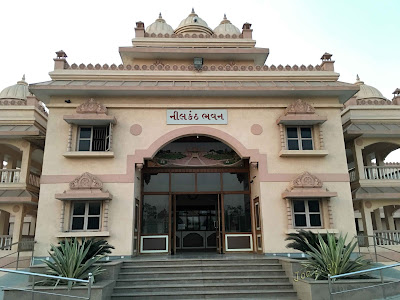 No trappings of a commercial hotel but at the same time all the basic amenities were there. This was attached to the Swaminarayan Temple and was again impressed by the cleanliness and management of the temple and its surroundings. 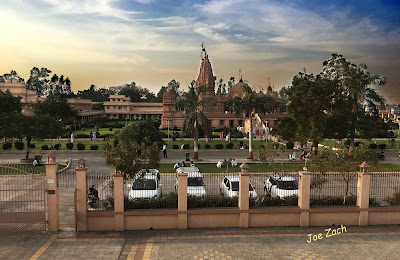 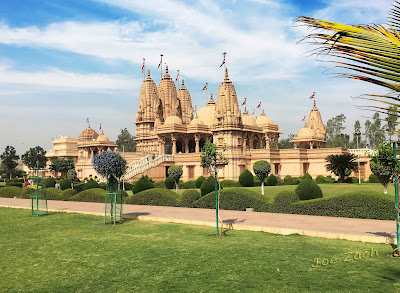 Some how I could not find time to go inside the temple and click, maybe next time. 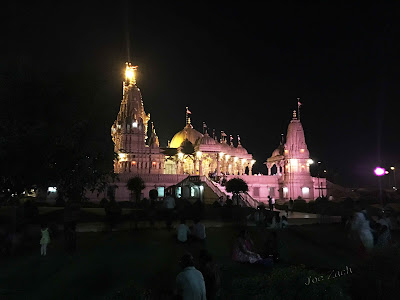 Covering weddings are fun. At the editing table you have the liberty to put in your ideas  and make it more interesting. Like this Flash Dance that I captured in a wedding in Pune two months ago.

If I were the judge I would give the bride’s father the Best Dancer award. What perfect body movement.