Just finished the Assam part of our twenty day North East tour of India and what stands out in that leg was the cultural program that we attended on the second day. 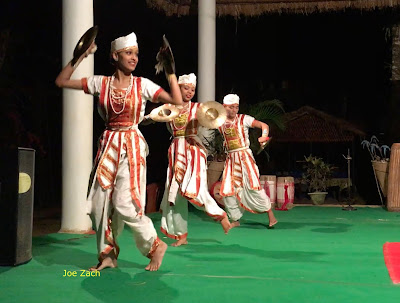 What I found good about it was its rustic touch keeping all the original folk dances as it is. 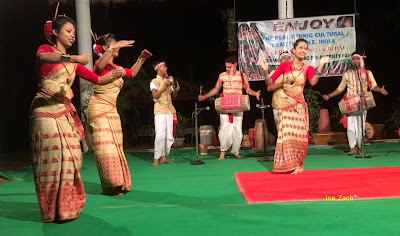 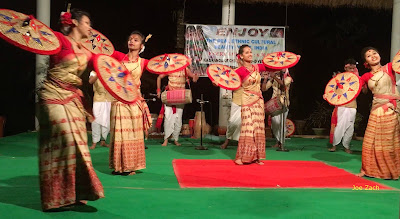 No keyboards or electronic trappings but sticking to the original instruments of peti (Harmonium) tabla, flute and cymbals. 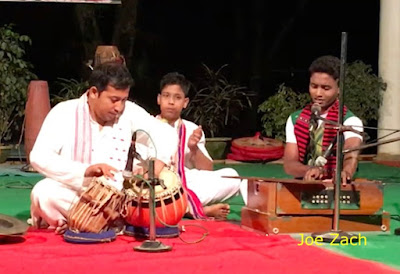 There was even a scene where the girls remove one of their hair adornment and use it to produce music by blowing on it. 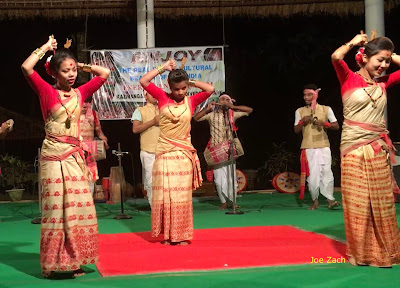 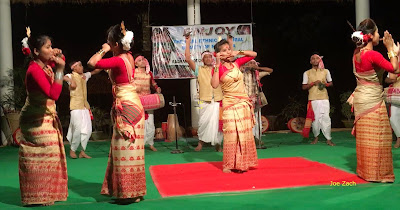 I remember this being used as part of the musical score in the old Hindi songs especially by S D Burman.
All the performers kept a smiling face and there was lot of energy enthused when they performed. 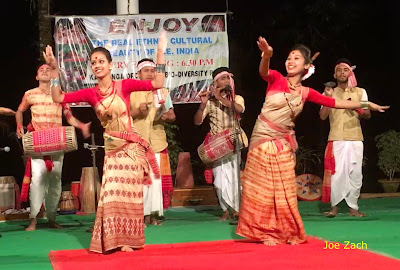 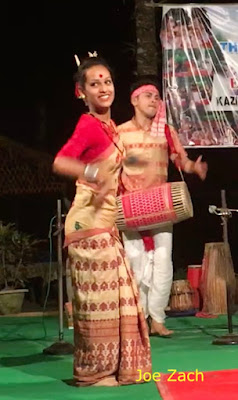 This girl performed a solo dance with some classical dance moves. 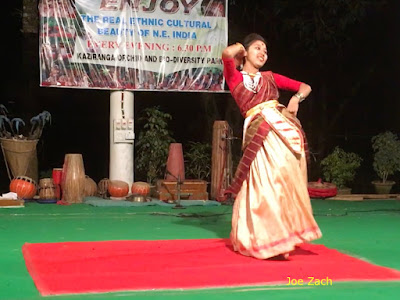 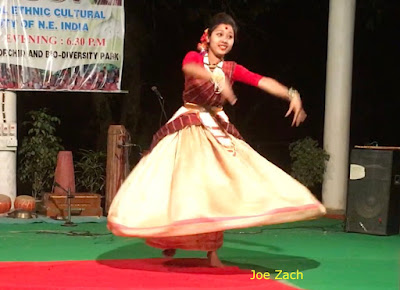 The famous bamboo dance was performed last and all were in awe at the ease with which the girls hopped in between those fast moving bamboos. I listed it first in the 14 minute video that I made. 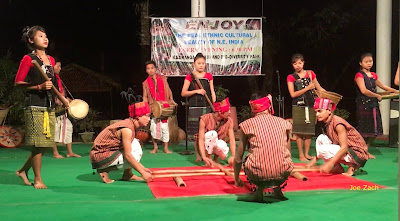 The harvest dance was very peppy and it was nice to see the guys jumping around with their axe and sickle. 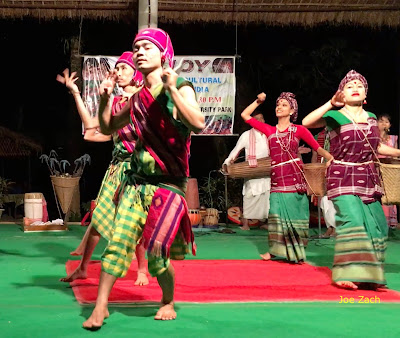 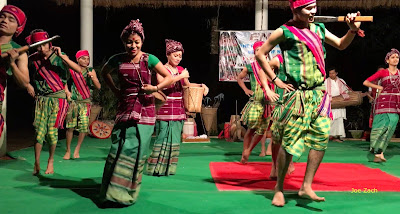 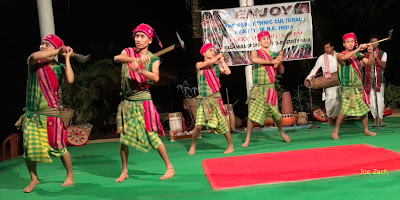 This boy on the flute was multitalented and sang some of Bhupen Hazarika songs. 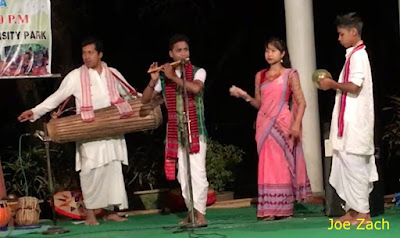 During the introductory song, Prasenjit Duarah showed us the use of all the different forms of the drums.

Throughout the program these five boys provided the music with perfection.

The tribal dance was done by a different set of girls who joined in the chorus singing.

The audience were also invited to join in, and they did a good job once they got the rhythm of it. 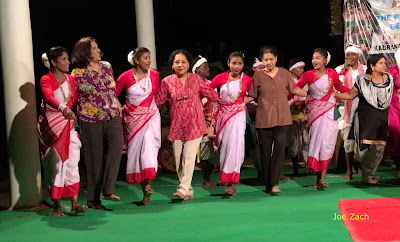 The thali dance had me really baffled as I kept wondering how the thali did not fall off. 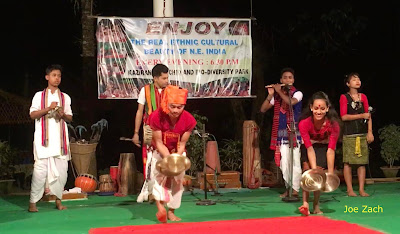 Some of the audience showed their appreciation by speaking a few words after the program. 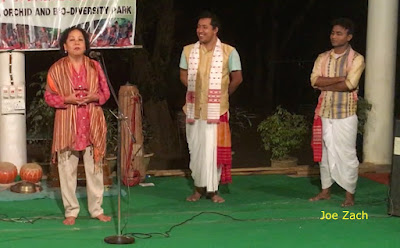 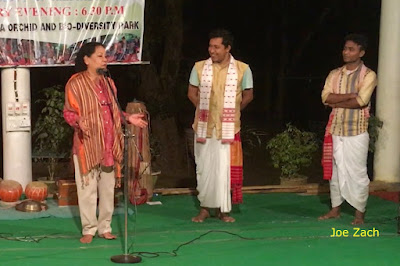 All in all it was a good and entertaining program and my suggestion is that it is something one should not miss if you are in Kaziranga.
Next blog: The animals of Kaziranga