This is the first time I drove down the “theera desham” road. The road connecting Cochin and Alepuzha via the beach.  A wonderful road with absolutely no traffic. I just took in the scenery and had a pit stop at the Mararikulam beach. 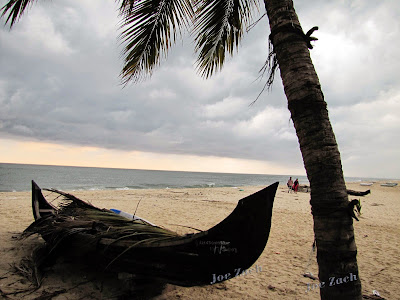 I couldn’t stay for long as the clouds were getting darker and darker and was threatening to come down any time. 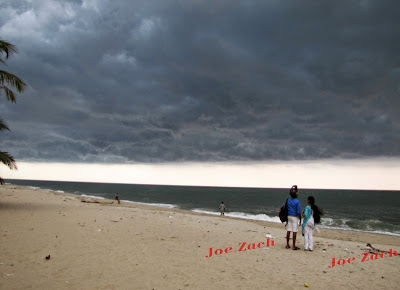 I was on my way to attend a funeral which was scheduled the next day. The funeral of someone who was very close to me.

Some people come and go in your life, leaving a lasting impression, and you carry on with the memories of that person. One such person is Kama.

Some lovingly called her Kama but to me she was Theyamma aunty.  She was very hard working but still found time to take care of your smallest needs. She never minced words nor spoke diplomatically but always said the right things at the right time.
I remember her being firm in her dealings especially with the trespassers who used to trespass our property (as a short cut) to go to Dr Madhavankutty’s house. At that time we just had a pattal veli (fence) with no gate and it was easy for people to walk through. Now of course the same property has a huge gate at the same place. 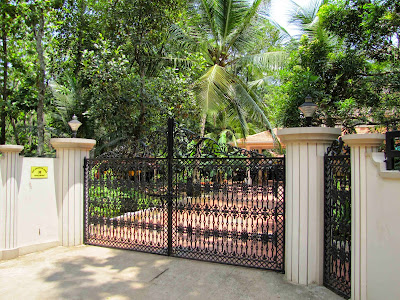 With an equally huge house 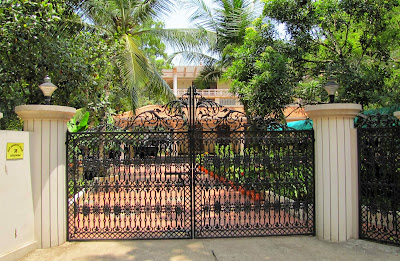 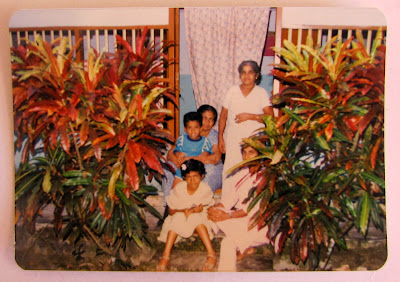 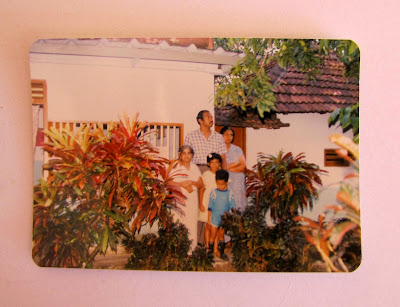 And before the greenery came it was something like this in black and white. 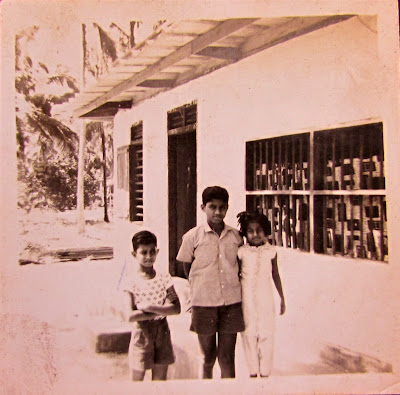 Somewhere in 1967 we did “shramadaan” and converted our “Thodu” into a “chennkal road” It was a fun project as the people staying in the area constituted the “manpower” Lillykutty aunty and Theyamma aunty were a part of it, including me, Soman, Venu and Indira (my local friends) Now of course it’s a tarred road: 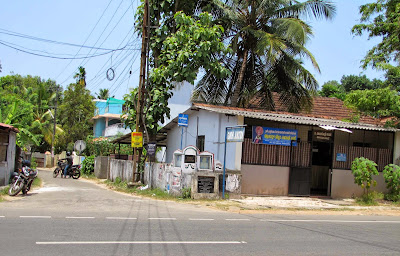 Incidentally the shop that you see on the right was the dispensary of Dr Madhavankutty, and adjacent to it was the “meeshakaran” tailor.

Every moment that I spend in that house consists of memories of her.
I remember the time when the calf in our house was sold off to the butcher for Rs 500/- (the practice was that if the calf is a bull, it was sold off)  My aunt got so attached to the calf within a month that there were tears in her eyes when the butcher took it away.
To save money, she used to go to the fields near Pallathuruthy to cut grass and bring it home as fodder for the cows. Now this bale of grass was huge (something like 6 ft in diameter) I used to always wonder how she could carry such a huge load on her head when her frame was less than 5 feet (she was the shortest in the house)
I remember her telling me “athu madhi, ini melilottu keranda” (that is enough don’t climb anymore) This was when I was trying to climb this coconut tree. 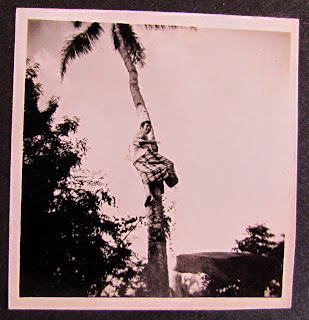 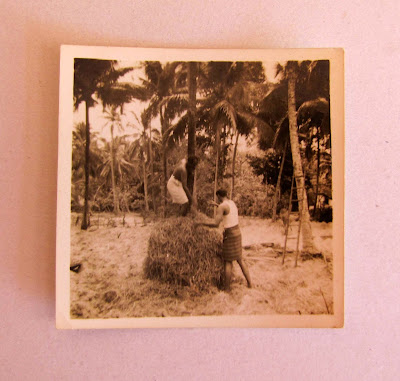 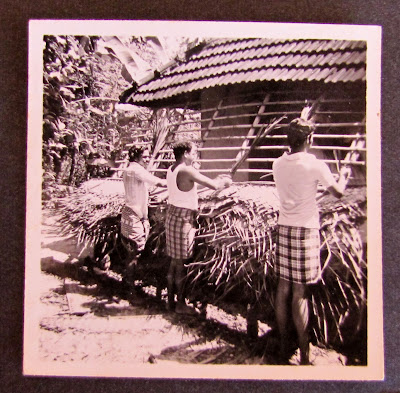 Her memory was something that baffled everyone. Whenever we visited her at Thiruvella, she used to come up with some old stories or incident with the finest details, like how in 1965 my Dad came from Byculla to Bombay Central and broke the news about grandfather’s death. Before he said that he took the infant that she was holding. That infant was Titus.
She had perfect information of all the relatives and would tell me all details about my cousins, whether they are in Ireland or America or any part of the world. 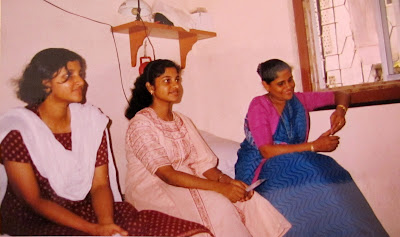 Whenever we went to Kerala, all of us made it a point to visit her: 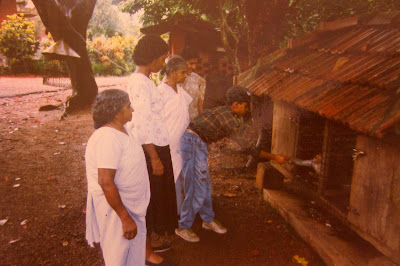 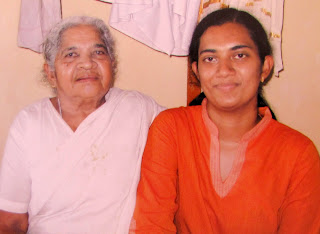 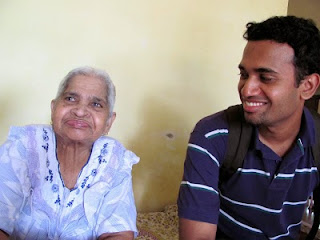 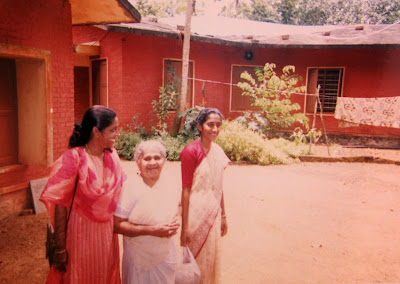 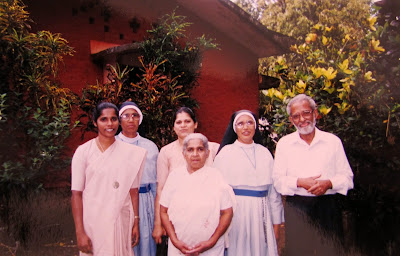 During her last rites, there was a priest who spoke a few words about her and I realised that he knew her well during her stay there. 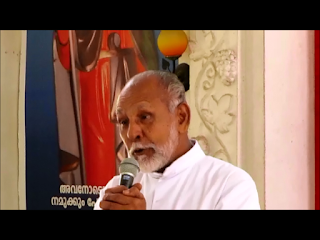 After the ceremony, I went and met this priest and had a chat with him. He said that she was known as the “Praav Ammachi” (mother of pigeons) as she used to feed them regularly. She had even named each one like chikko, moni, pippi etc. and they used to respond to her call and come close to her. She was friendly with all the dogs too. The priest said “how much love you give to others, whether its animals or humans, you get back in same measure”
He said, “usually when people get old and is on their last leg of life, they become aggressive and irritated, but she was not like that” 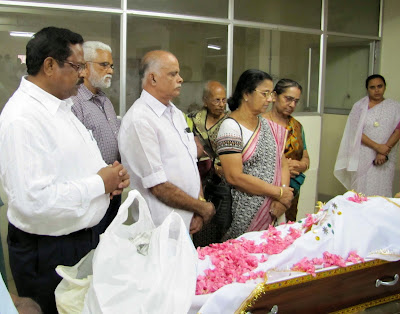 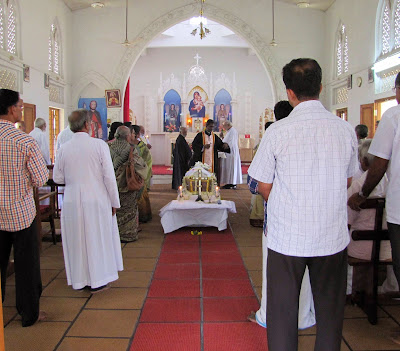 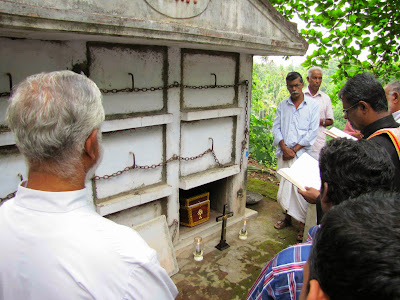 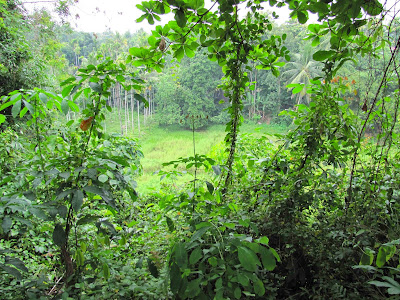 It is just an irony that her final resting place is overlooking this lush greenery right next to the river. 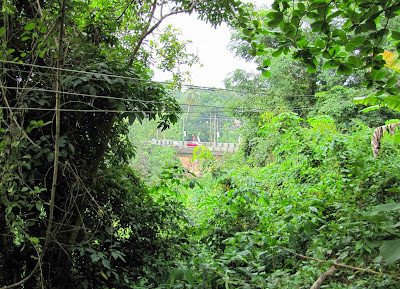 The next time I pass this bridge at Thiruvella, I have to just look up to see our Theyamma aunty (kama) 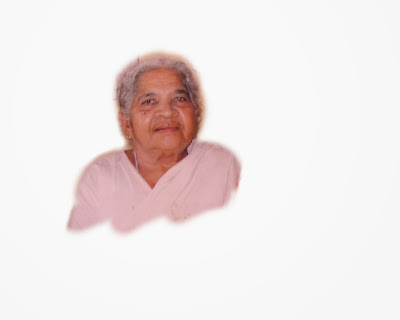