Traveled by the Mumbai local train after a long time. I was on my way to CST (Victoria Terminus) to catch the Deccan Queen. Being a Sunday, I was spared of the usual office rush. I couldn’t help but compare travelling by the local, a few decades ago. The rakes looked better and the inside was more airy and brighter. 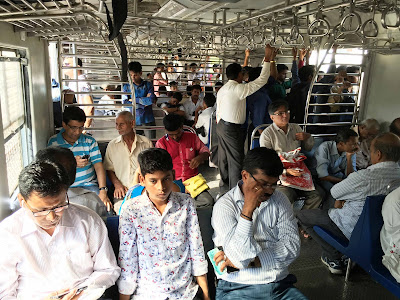 It was good to see the inclusion of an announcing system inside the bogie (with a display on an electronic board)
The Indian Railways had third class bogies too which were scrapped sometime in the  sixties. 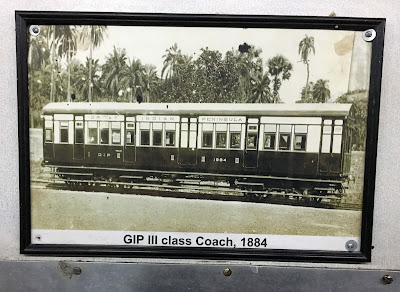 While crossing over from the Western Railway to the Central Railway, I was happy to see the absence of the hawkers on the foot over bridge. 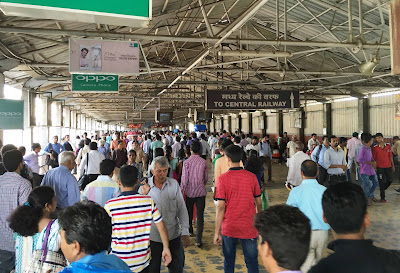 It was good to see some familiar sights and landmarks, like the tower of the Railway Hospital at Byculla.
While alighting at CST, I noticed the big clock. Reminded me of the times when I used to wait to see the big hand move, which looked like an enormous task, considering the size of the clock. 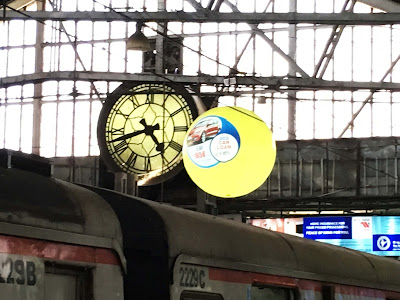 There was a mural at the station of how Victoria Terminus looked during the British era. 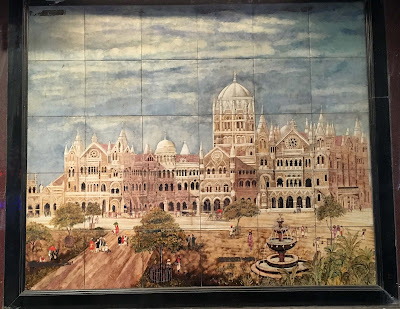 The "statue of progress" which is about 17 ft tall stands atop the dome. I recall reading in the papers (some where in the late sixties) that the head of the statue was broken when lightening struck the dome. It was replaced by a perfect replica (made by the students of the JJ school of Arts which is situated across the road) 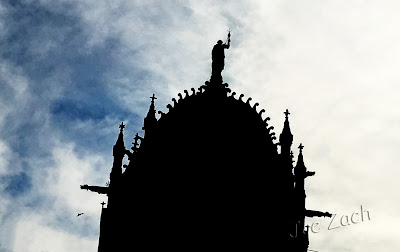 The above picture was the last one I clicked before boarding the Deccan Queen to proceed to Pune.
Talking of Pune, I remember the days when we used to travel down south, the only stretch of electrified line was between Mumbai and Pune. Further down it was the good old steam engine.
While travelling in Deccan Queen, there was this guy from the pantry car who talked politely and served every one with a cheerful smile. His face looked familiar and I clicked his picture in haste. 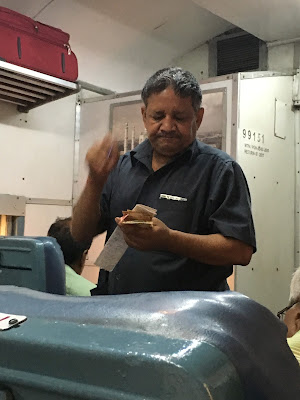 It was only later I realized that he looked very much like the fruit vendor who sits at the street corner close to my residence. 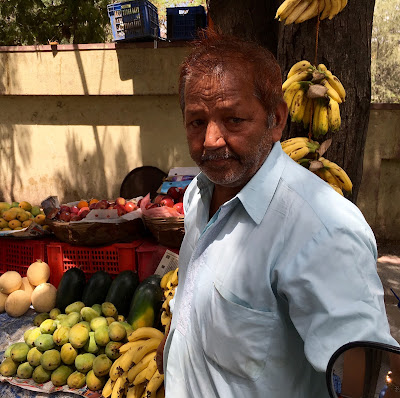 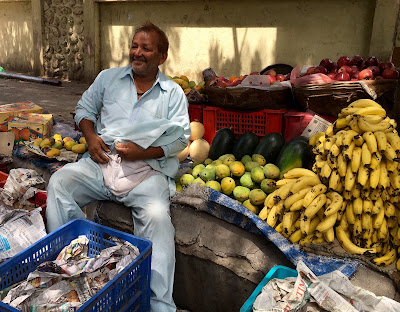 I captured a few video clips at random and put them together to make it into a 4 min video.

I believe that pictures speak a lot and I am very generous with the number of pictures that I use in all my blogs.
But this post of mine has only one picture.


We sometimes instantly strike a chord with some people, at short acquaintance.  Rajesh was one such guy. Very good at his work, highly skilled, but never a show off. The way he used to apply common sense and logic to get any problem solved was something that always impressed me. A very soft spoken guy, but always in the forefront to help anyone in need was his hallmark.  Being a nature lover, he never missed a chance to take part in treks including a few to the Himalayan base camps. 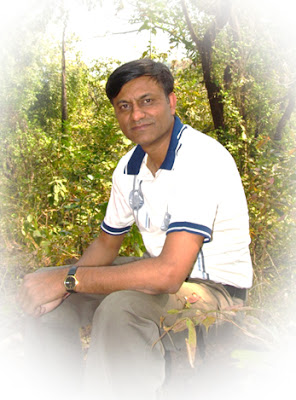 His involvement in a train accident was something many could not comprehend.  At Vaibhavwadi railway station (Sindhudurg district) he fell and got trapped between the train and the platform.

A major portion of his right lower leg had been severely damaged and he lost a lot of muscle tissue in addition to multiple compound fractures. The fall on his right side fractured ribs and punctured the lungs, resulting in impaired lung function (Atelectasis) , rupture of intestine and scratches on his liver. Due to all the internal injuries, he had been on ventilator support in the ICU.

On 24th April, the doctors decided to amputate his right lower limb above the knee. By this time the family had already spend something like Rs 7,00,000/- (mostly borrowed from relatives and friends)

With all the best efforts, Rajesh did not pull through and breathed his last a week ago.
His son is currently being trained as a Marine Engineer with the Indian Naval Academy at Ezhimala Kerala while his daughter has just appeared for the board exam. Even though his wife is employed part time as an accountant, we all wonder how the family is going to pull through.

Or if anyone wants to make a silent contribution, here are the bank details: