A man for all seasons

You meet some people in life and then depart to meet again. One such person is Mathew T Ninan who was my school mate. The last time we met was in May 1969. That was the time when he came down to Bombay (now Mumbai) to meet me and we painted the town red (including watching our first adult movie - Dustin Hoffman’s “The Graduate”) 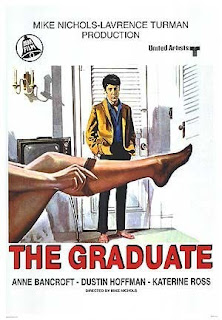 After that he went back to his home town and I lost contact with him and had no idea where he was or what he was doing.


Last year I accidentally met his uncle who gave me Mathew’s mobile number and told me that he was in . 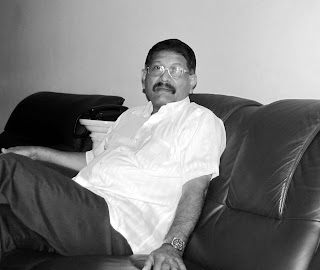 So finally last month we met in .


43 years is a long time and we had a lot to catch up. So we talked and talked for almost four hours. Or rather I let him do most of the talking and I listened as he had a real checkered life. He worked for Schlumberger oil rig that took him to practically all over the world and his escapades and experiences were worth listening to. 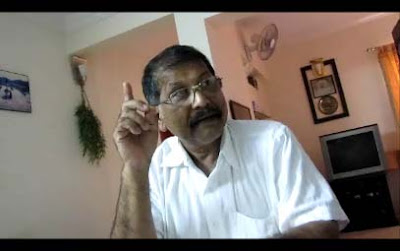 I liked some of the principles that he followed during the course of his life. In his own words “If he can do that job, then why can’t I? OK, he may be doing it in a week’s time, and it may take me a month today, but I can improve on it and do it in a week. Maybe I will end up doing better than him”  This attitude of his made him take up all the challenging jobs that came his way. He ventured into the deserts of where his counterparts refused to go, helped some companies set up base in , described how the desert looked when the small crustaceans came up in the night to lay their eggs.. . . . . . .  the list is endless.


During the course of our conversations his wife joined in and listened quietly. At the end she confessed that she too was not aware of some of the minute details that her husband had gone through in his life. 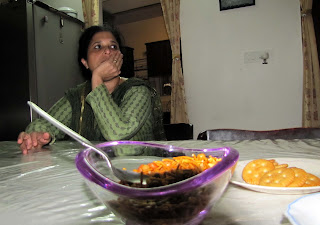 As he was showing me around the house I saw this one room stacked with practically everything. When I asked him he said that this was his workshop in the house. He never called a plumber/mason/carpenter/electrician to work in his house. He did everything himself. 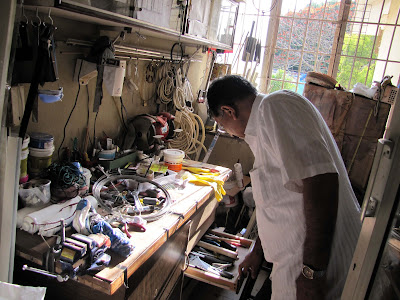 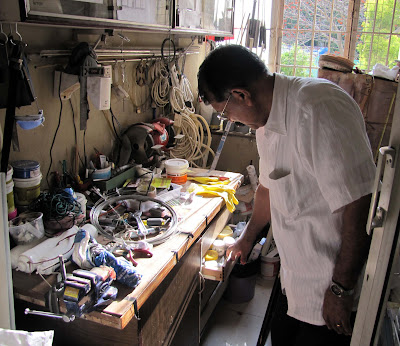 I was really impressed by this and his small tool room, which was packed with all the handy tools that is required for maintenance of a house.
His fish tank was worth a click. 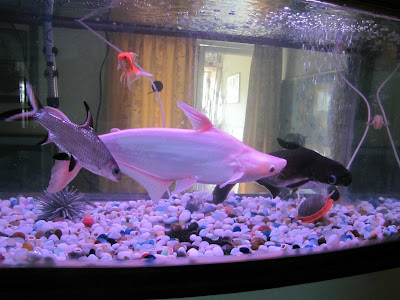 At the end of the day he was kind enough to come all the way from Koramangalam to Hormavu to drop me back at my brother in law’s place. 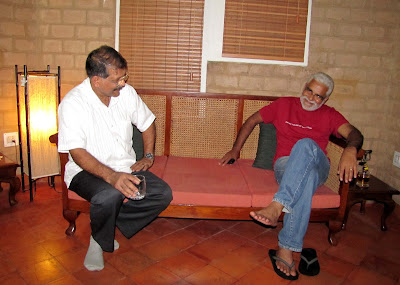 We will probably meet again in December when I fly down for a function in . Maybe there will be more updates on this at that time.
Posted by Haddock at 7:54 PM 41 comments:

I remember, when I was small there was a cradle which was supposed to be my bed. Come to think of it I remember it clearly because the same cot was used for my brother and my sister when they were born. There was this one side which was like a “cage door’ that would slide down making it easy to pick up the baby. I don’t know from where my dad got it, but it was made of wood and was light.  It was something similar to this cot below. 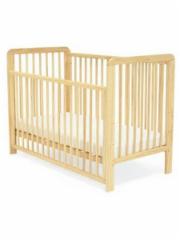 By the way this picture of the Ashton Cot is from the site Nursery furniture.
One of the hazzles the parents face is feeding the child. It’s a real messy affair. I found this folding high chair very practical and it looks like a light weight one. 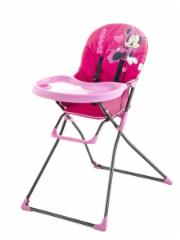 As we grew up the choice of the toys were also limited. Now a days the availability of toys and its accessories are just mind boggling. So when its a birthday (especially of a child) then we are always in a fix as to what to buy for the child because the house is already flooded with so many toys. For example this Chota Bheem toy basket that I found here at hoopos is something that any child would like to have. 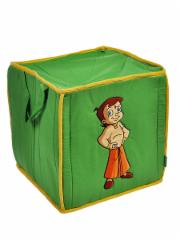 Just that secure feeling that all his toys are safe with Bheem while he is fast asleep.
One of the things that I liked is the organic Peggy bear wooden peg. Its real cute and one of those things that a child would like to gaze at while drifting off to sleep. 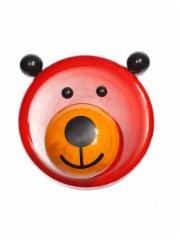 Some of the bathroom accessories are also eye catching like this tooth brush holder. 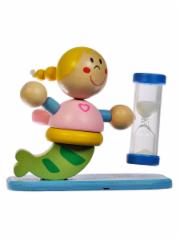 I found this in the nursery room and bathroom accessories.
All said and done the variety and option is to the advantage of the parents - and the kids who enjoy it.
Posted by Haddock at 10:39 PM 11 comments: