Had a ride on this Fox River Trolley at South Elgin and it was a wonderful experience. 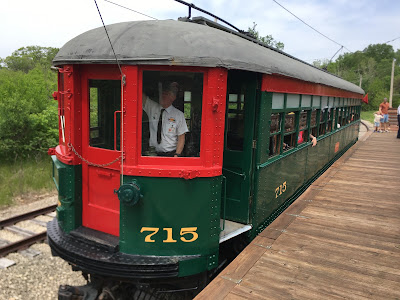 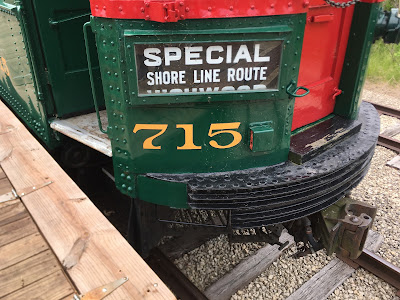 One can have a short ride upto Blackhawk station and back.The total ride time is about half an hour. 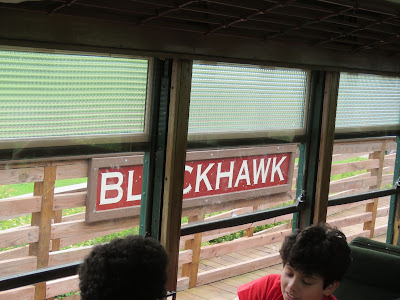 It was interesting to listen to the driver narrating the history of these coaches and how it started. 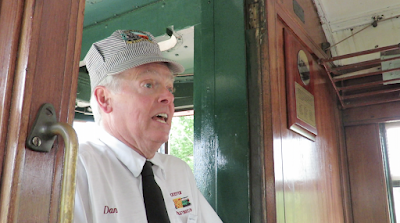 I was surprised when he said that these coaches could attain a speed of 85 miles per hour (on a straight stretch) The driver was very sharp and alert, especially on the curves. 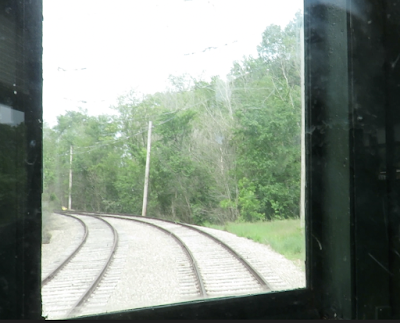 The controls are just an accelerator and a break, and it reminded me of the tram drive we had in Calcutta. The clang clang clang you hear is from the bell operated by the foot. 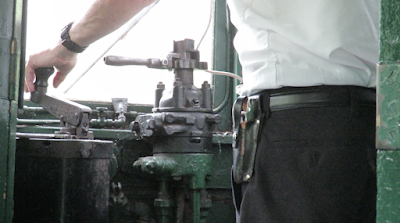 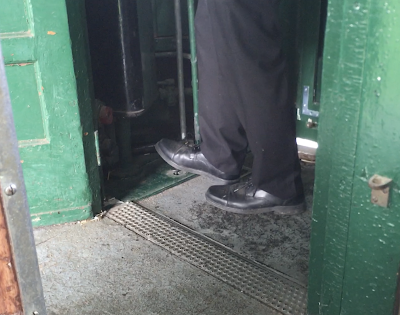 The coach won't move unless the conductor rings the bell.

I liked the idea of stopping the train mid way with the announcement "the train will move further only after checking the whistle" This gave a chance for the kids to "check" the whistle. 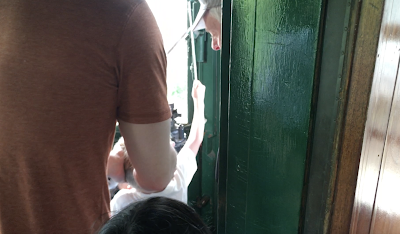 On the way you see a Woodcliff station which is named after one of the land owners. Today it is a collection of signals. 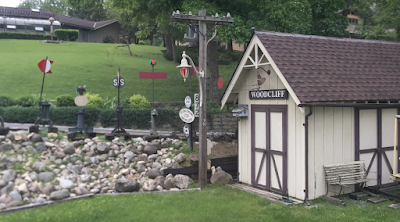 Looking at the seat backs (on both sides) I think these are designed as multi directional seats. 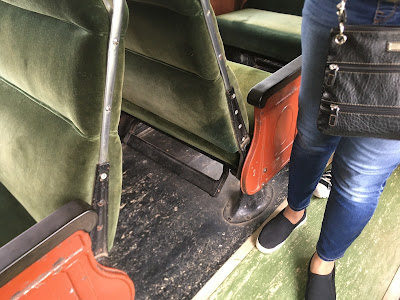 Their upcoming rides/programs can be seen on their site. If you are around this area it is worth a visit. I made a short video on the ride and it will give you an overall experience. This was the next coach which went off on a similar ride (in another direction) 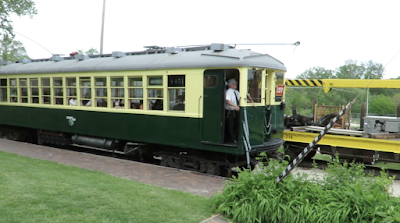 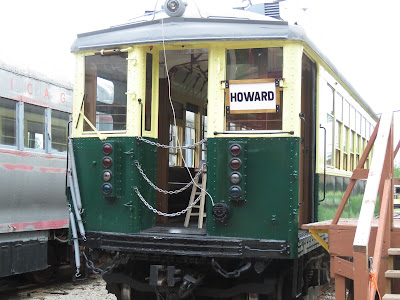 Interesting and a fun video. Thanks.

Delightful! Harkens back to an earlier age. Lovely:-) - Jude Vaz

We have a couple trains like that here in Iowa where when you finish the ride, the seatback is flipped to the other side so you can face in the direction of travel.

There’s something about trains, and this little jaunt seems like a very good one.

It looks like you get a decent ride time-wise. Our local Railroad museum has a trolley but it just loops around the property.

Thanks, it's always an experience to watch your creations. We are visiting all these places and really experiencing them without leaving our living room - Pradeep Prabhune

That would be a good ride..

Dearest Haddock,
That was an interesting ride and always interesting to study the technical aspects as well.
Hugs,
Mariette

Gorgeous! I find such vintage trains very fascinating and the ride seems to have been exciting and fun too.
All the best in June,
Traude
https://rostrose.blogspot.com/2022/05/zwei-auszeiten-im-mai.html

Ooh, that looks like so much fun! I;ll have to add it to my travel wishlist.

You are right Deniz, and I feel all should add it to their wish list.