Last evening I had the opportunity to spend some time watching Hawaiin dance by The Barefeet Hawaiian Inc. Time well spent I must say. Steve did a good job of anchoring the show using the right words at the right time. 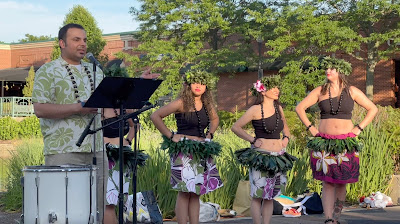 It was fun to watch the swaying movements of the participating dancers with their smiling faces. 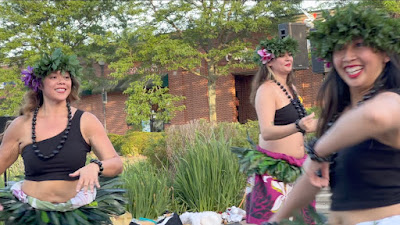 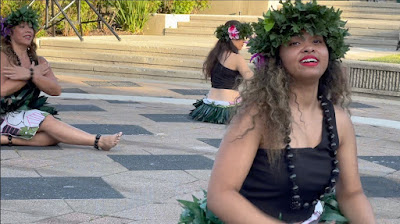 Among the Hula Dance implements they used, I liked the Puili for the rhythmic sound it made in sync with the beat of the song. 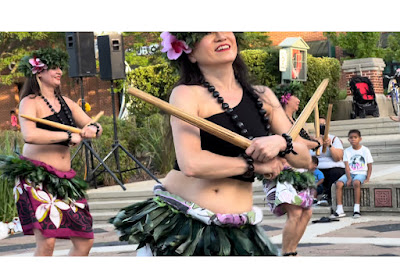 Other implements used were Uli uli, Poi Balls, and ii 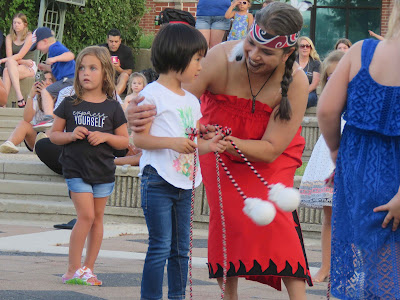 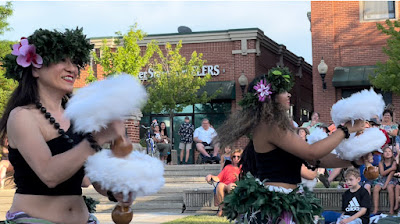 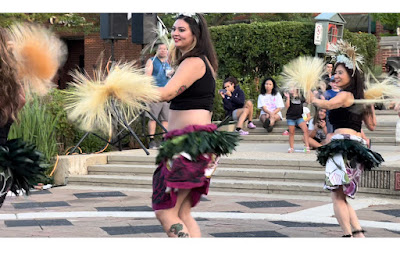 The addition of Elvis Presley's song was a good touch as Elvis had a good connection with Hawaii including his movie Blue Hawaii. Some young girls came forward when Steve mentioned learning the basic steps. 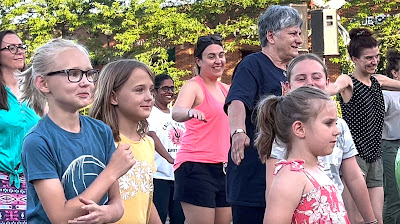 The men were equally eager and some stepped forward (barefeet of course) to try out the steps. 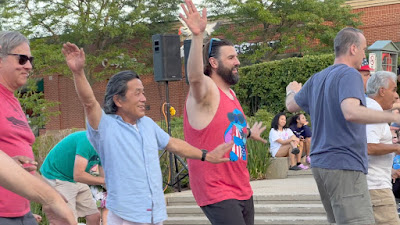 I was a bit worried that some kid would spin the Poi Ball in the wrong direction and injure someone but care was taken and no one was injured. 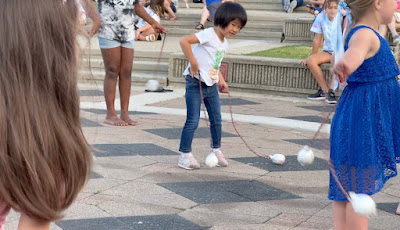 I captured what I could (from where I was seated) and put it together to form a short video. The first two minutes of the video is Kaluva Pepe, the song featuring Hula from Hawaii, Otea from Tahiti, Haka from New Zealand and Sasa from Samoan.

As Steve mentioned, he was giving us a taste of Polynesian dance and music. Polynesian means many islands. I just looked it up on the internet and learned that the largest country in Polynesia is New Zealand. Here is a picture from Wikipedia. 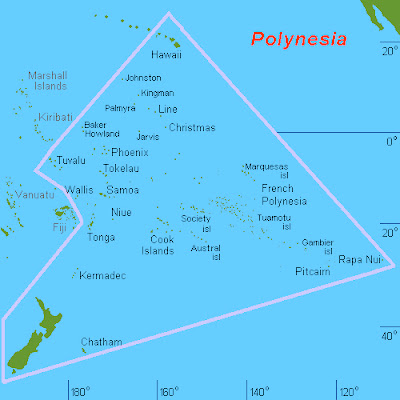 As mentioned earlier, it was time well spent. I am sure all those who were present there, went home with positive vibes.
Posted by Haddock at 9:55 PM

Captivating! All of it - the rhytm, the sound, the moves, the bare feet, the smiling faces .
I was also impressed by the eagerness of both children and adults to come forward to learn the steps.
Time well spent, indeed.

lovely, I enjoyed the video, it's nice that they encouraged the children to learn and join in.

I know about doing the best you can from your seat in the crowd. 😀

Hula is very interesting to watch.

I’ve only seen that sort of dancing once, when I was in Maui. It’s beautiful.

Beautiful upload Joe...Hawaiian girls are so good in this dance I have seen them performing live. It is always so much fun. Amazing coordination and skills...Regards Khalique...{:-)(comment by Mithoo on YouTube)

I enjoyed the video.

Their dance skills are incredible!

Hi, Haddock! Thanks for visiting my blog. I really enjoyed this post and "The Barefoot Hawaiian" video. The video reminded me of many hula lessons I've had over a number of trips to Waikiki. I like maps a lot, so I appreciated seeing your map of Polynesia. Someday I hope to visit there and India too! Enjoy the rest of your week!

Some day I would like to spend some time in the Polynesian islands. But until then, I am learning from the recent influx of Polynesian immigrants to my town having been brought here by the meat packing plant.

Beautiful colours, dancing and the music! Thanks for sharing, Joe.

Wow that was Amazing absolutely!i enjoyed it so much .thank you so much for sharing