The Batasia Loop was commissioned in 1919 to take care of the sharp fall of 1000 feet when the Darjeeling train leaves Ghoom. An Engineering feat, back in those days. There is a war memorial at the Batasia Loop in memory of the Gorkha soldiers of Darjeeling. 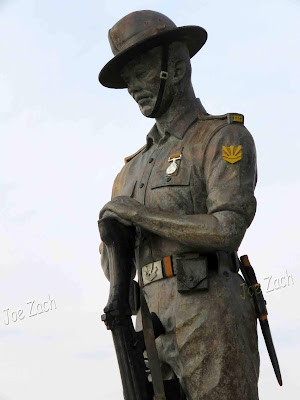 On the upward journey the train halts there for ten minutes and I alighted to take some pictures of the surroundings. 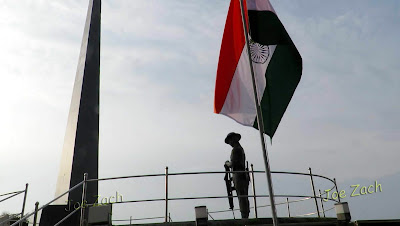 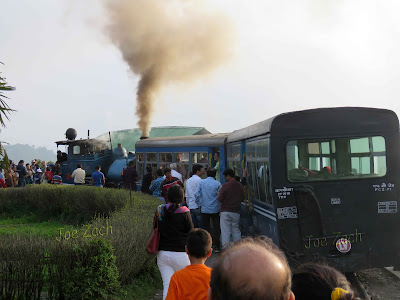 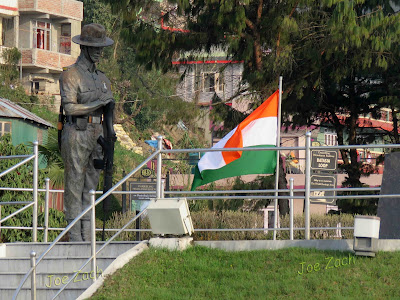 I was almost done when I heard someone singing the National Anthem. I saw some people standing in attention while a boy was singing. I managed to capture a little video footage of the tail end of his singing. 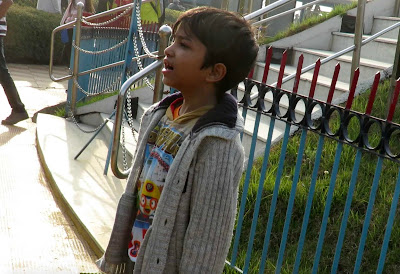 When it was over I asked the parents about it. They said that they had just asked him to stand next to the National Flag so that they could take a picture of him, but as soon as he stood there he decided to sing the anthem catching everyone by surprise. 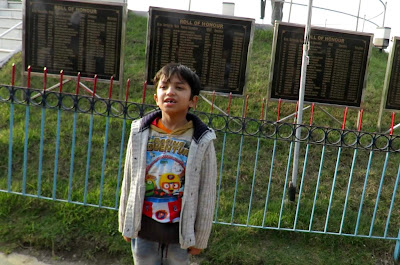 Later on the way back I could get a good pan shot of the Gorkha memorial when the train circled it. 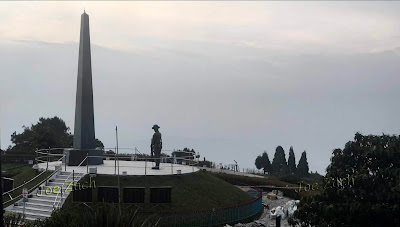 The Darjeeling Himalayan Railway is considered a World Heritage under UNESCO and its one of its kind in India with the track crisscrossing the road all the way from Darjeeling to Ghoom. 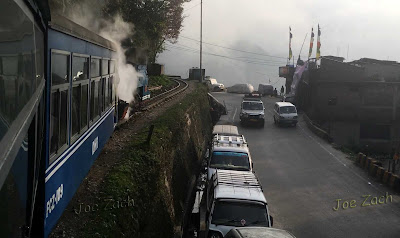 Last week there was a Film Festival held in Pune, where entries were invited and the challenge was to tell a story in 60 seconds. I suddenly thought of the footage I had with me of the train. I thought, what can be better than to merge the World Heritage train and the Indian National anthem culminating at the Batasia Loop. But the real challenge was to fit it in one minute. I finally uploaded the film and submitted it. It was screened but did not make it to the finals list.
Talking of the Film Festival there were some good entries and I particularly liked “The Chocolate Cake” which won the best film trophy. 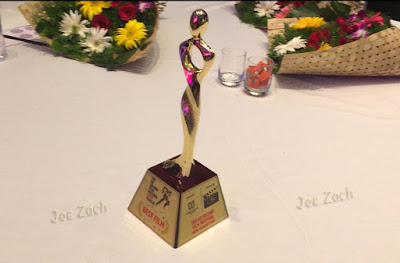 Like I keep saying, if you get the right cast, half the battle is won. The shopkeeper and the child were perfect for their role and they were equally good in their performance. 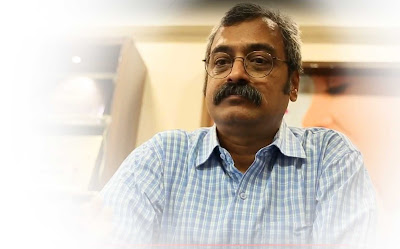 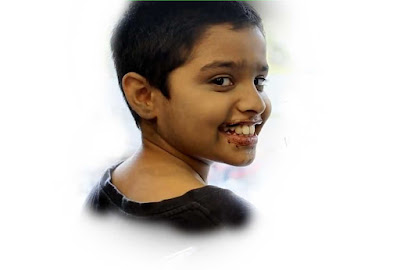 The Festival in itself was good and a new experience for the Pune people. There were some minor flaws which could have been avoided, like pictures screened in the first half were screened again after lunch. But the thing that irritated me (and others) was the DJ and his loud music. They feel that they are showing their efficiency by blaring the music. (some fine print should be included in the contract when hiring such guys, no playing the music beyond so and so decibels)
I have uploaded the first cut of my film on YouTube which runs for 72 seconds.
Hope to do better next year.

Hari OM
I totally love riding the railways and this one is extra special! I do love the winning film though - made me well up! YAM xx

What a great outing you took us on. Thank you.

The picture of the boy singing the national Anthem next to the flag - is priceless!
I watched your video on Youtube, and liked it. It's done very well! You can be proud of yourself.

Great photos and video, a lot of information, thank you for this post!

Good writing.....Good information about Batasia Loop.
Well tried for the 60 second film, I am sure you will do it. Better luck next time. Thanks for sharing. - Sanjay Chandane

Beautiful photos and an excellent video!

Great film. I loved the way you ended with the little boy, that was a piece of serendipity. I liked the music too. What was it?

@Jenny Woolf, that was the Indian National Anthem (instrumental). You can hear it here https://www.youtube.com/watch?v=6xwWRPXfJk0

What a sweet boy, and what a simple but lovely video. Thank you for shring.