Products made by hand 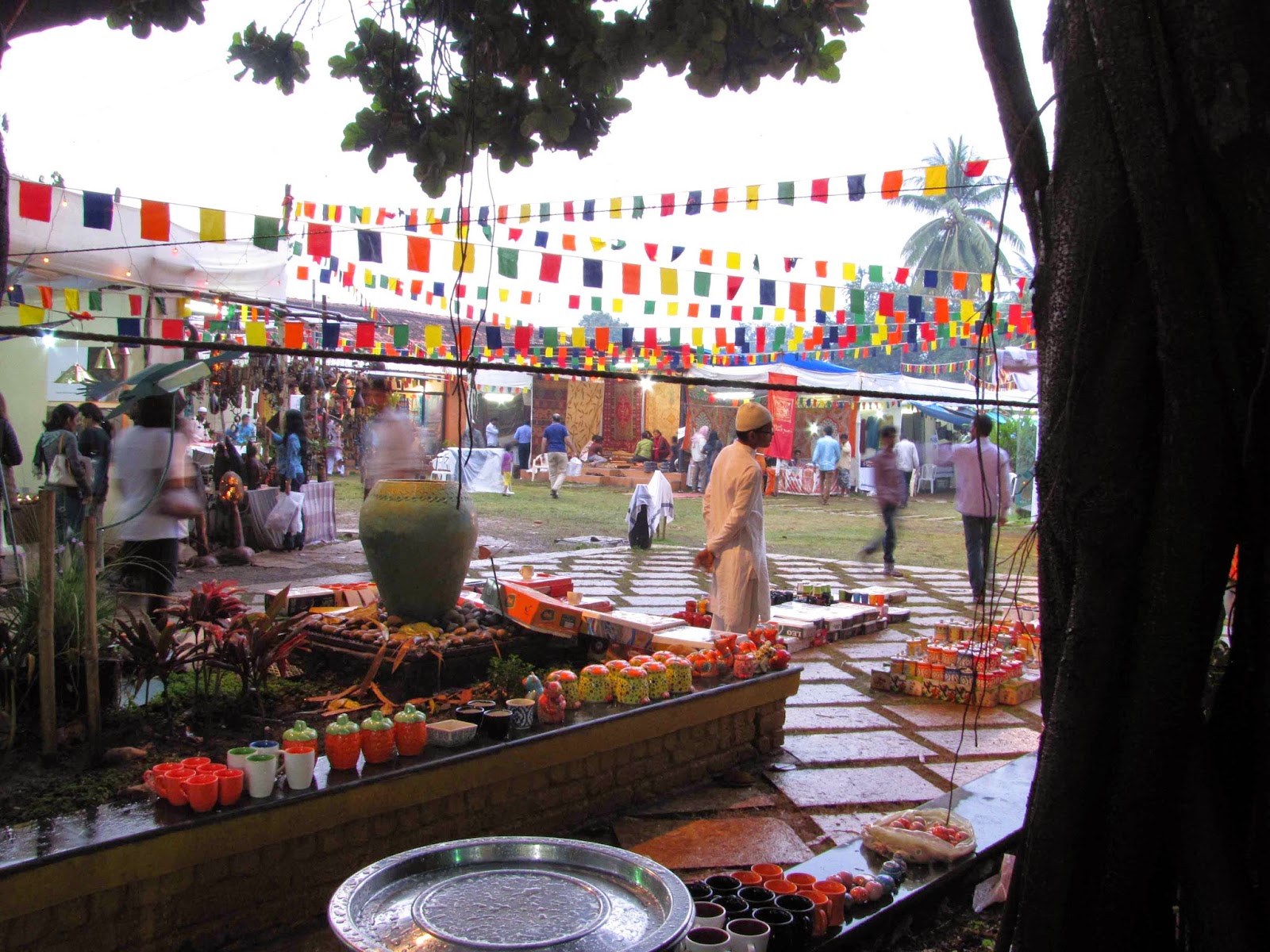 The unusual rains played spoil sport on the last two days of Dastkari Haat that was held in Pune this month. The reflection on the wet tiles is good from a photograph’s point of view but I could imagine the plight of the craftsmen with their wares who were not at all prepared for this onslaught. 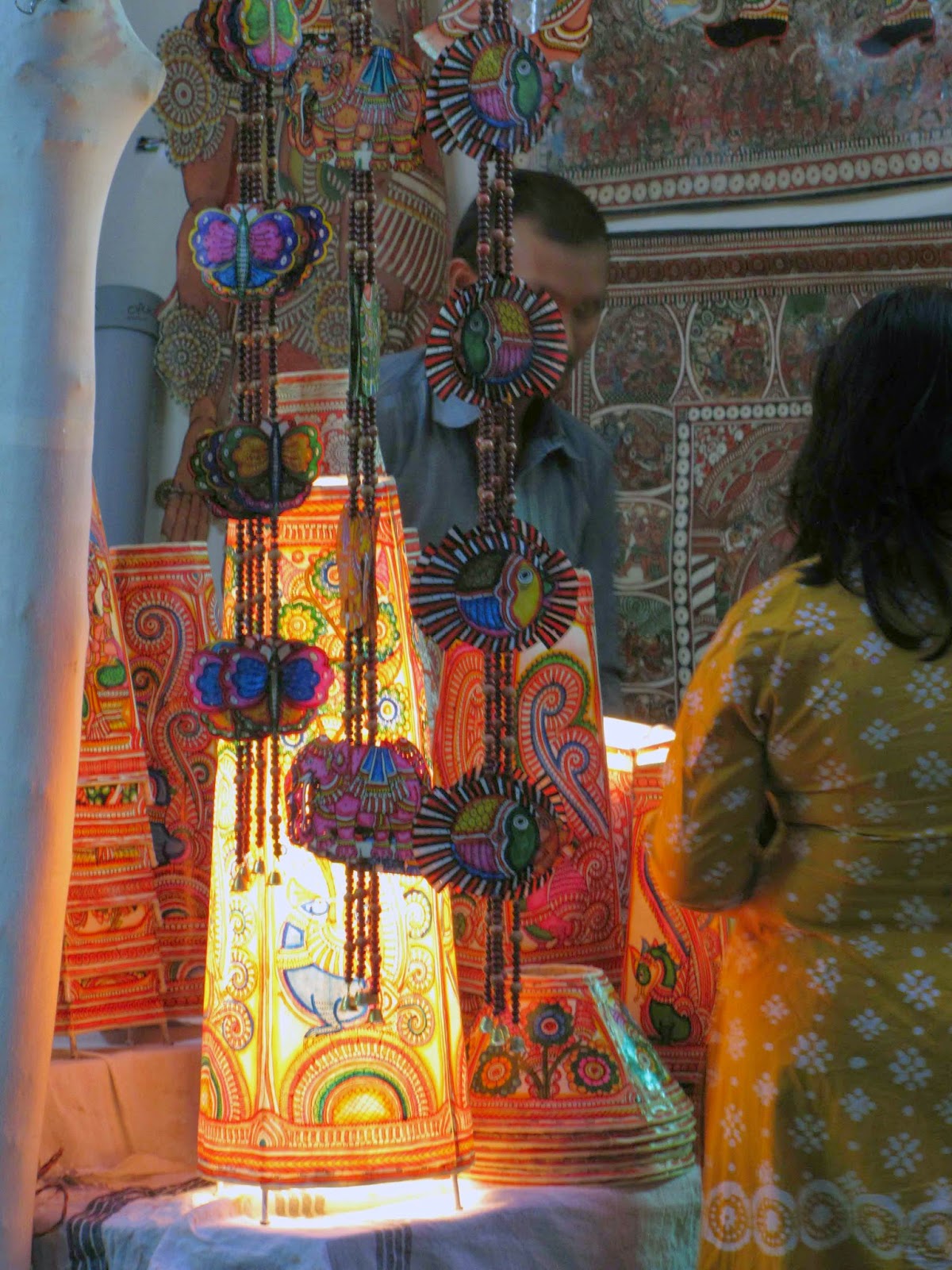 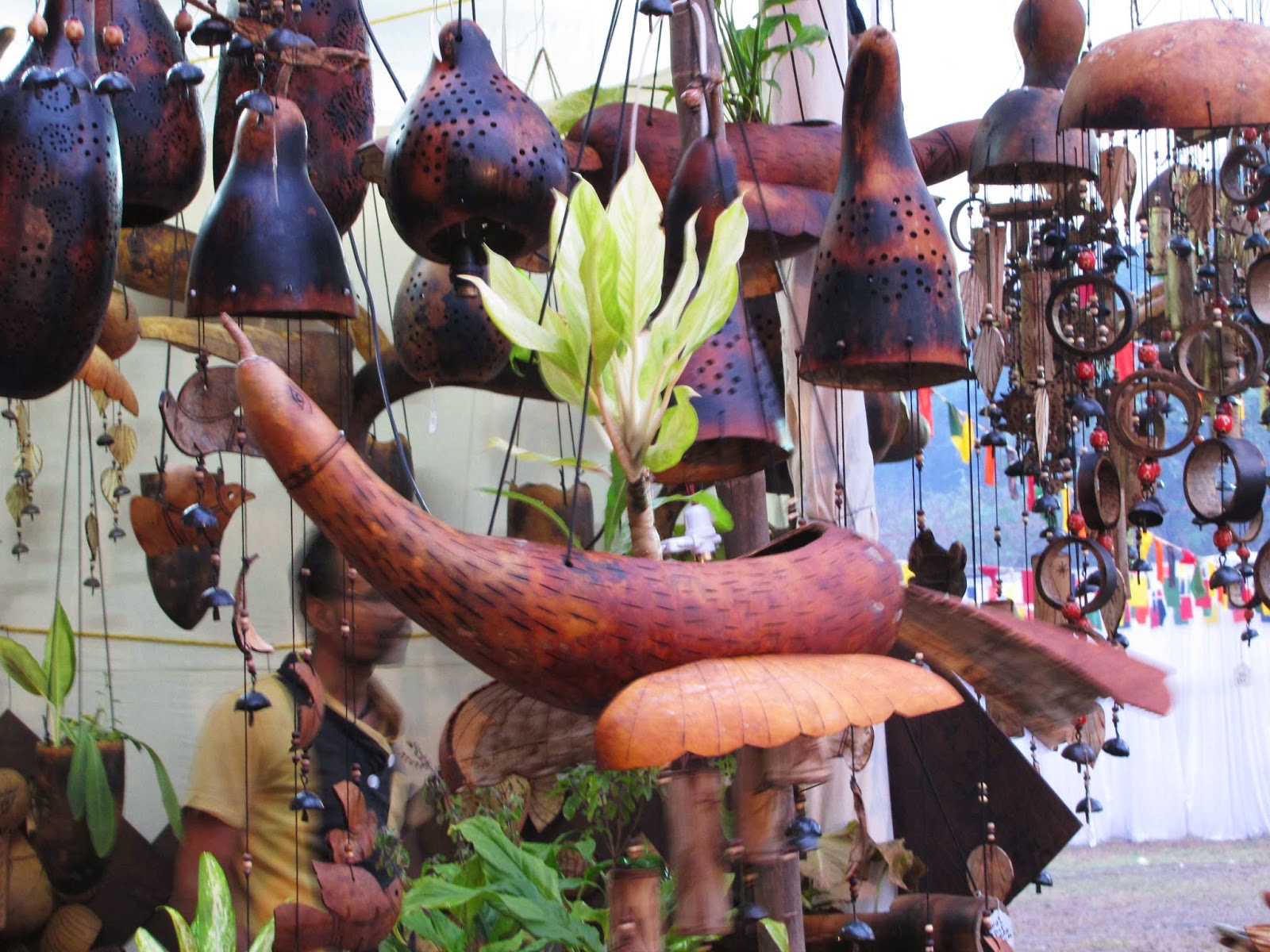 The display in some of the stalls are worth mentioning. 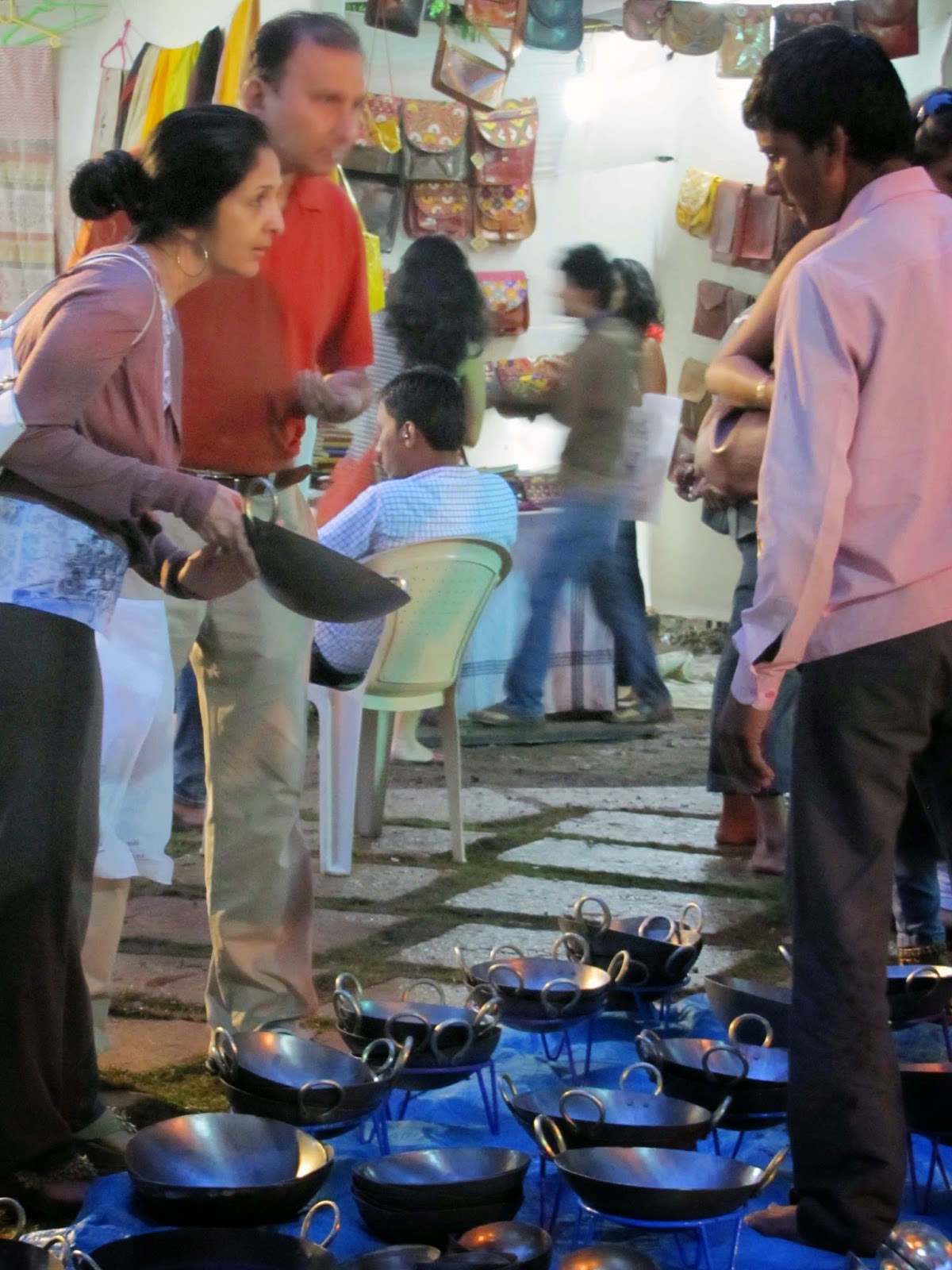 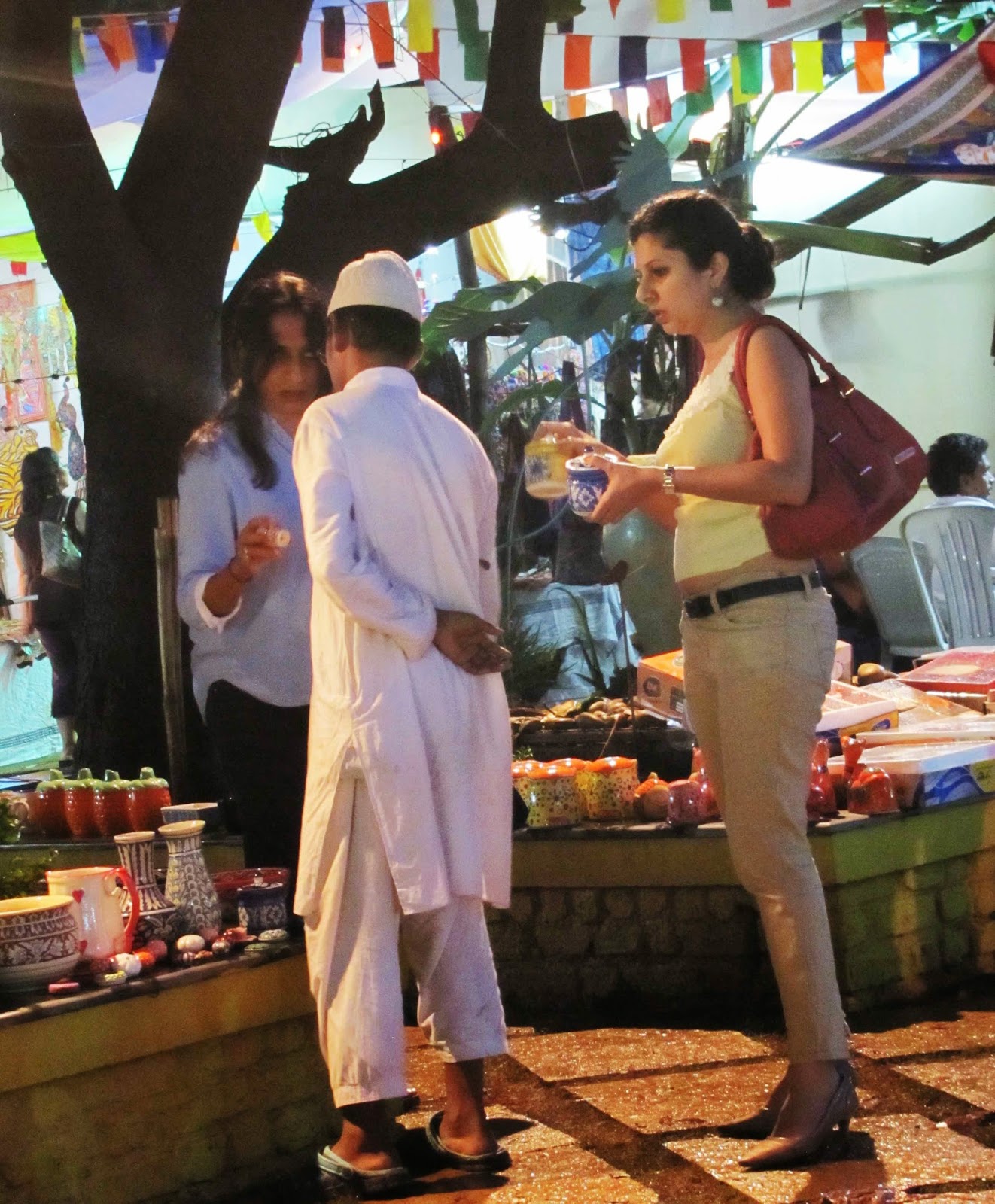 By the absence of the middlemen, the artisans could price the items reasonably which was a delight for the customers. 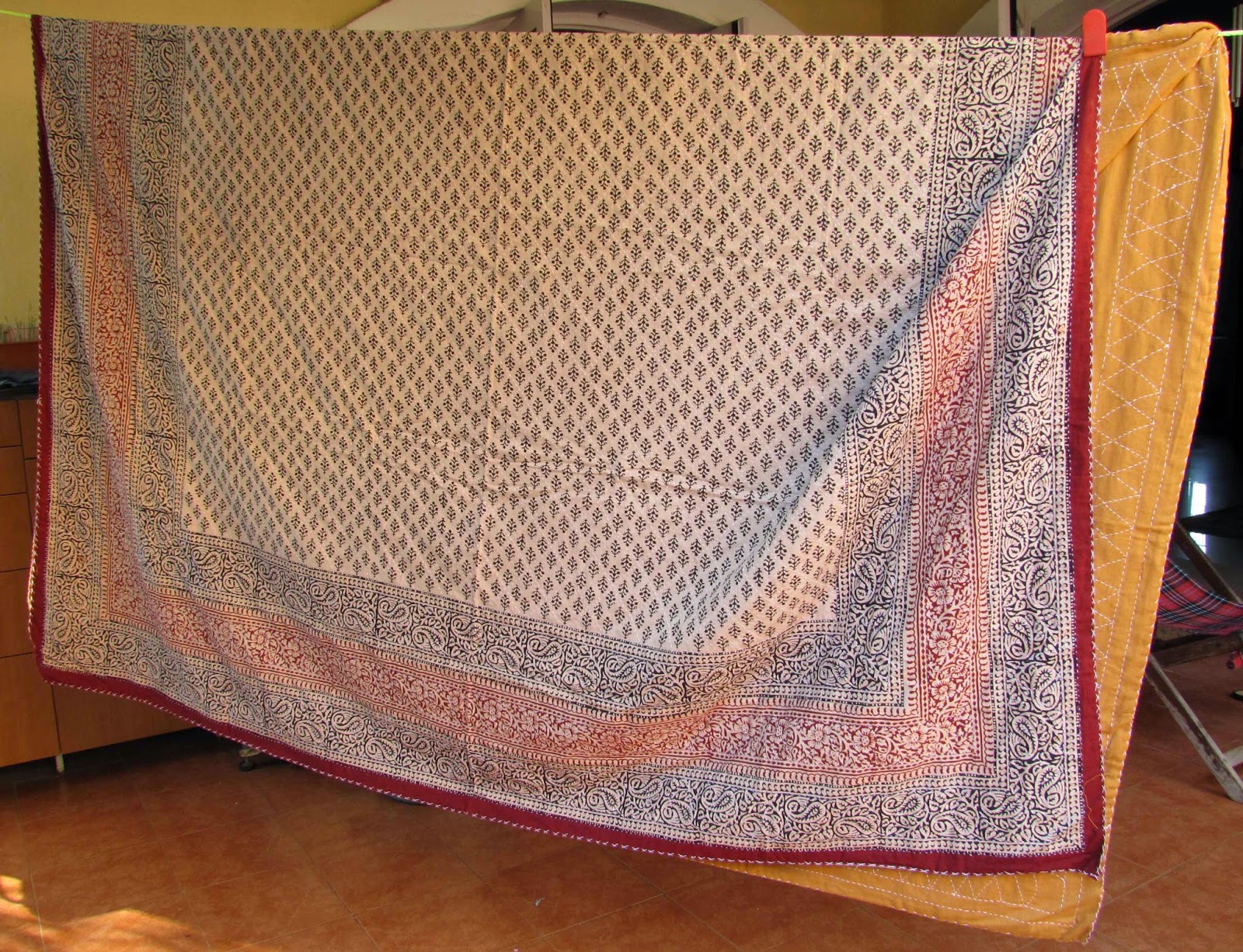 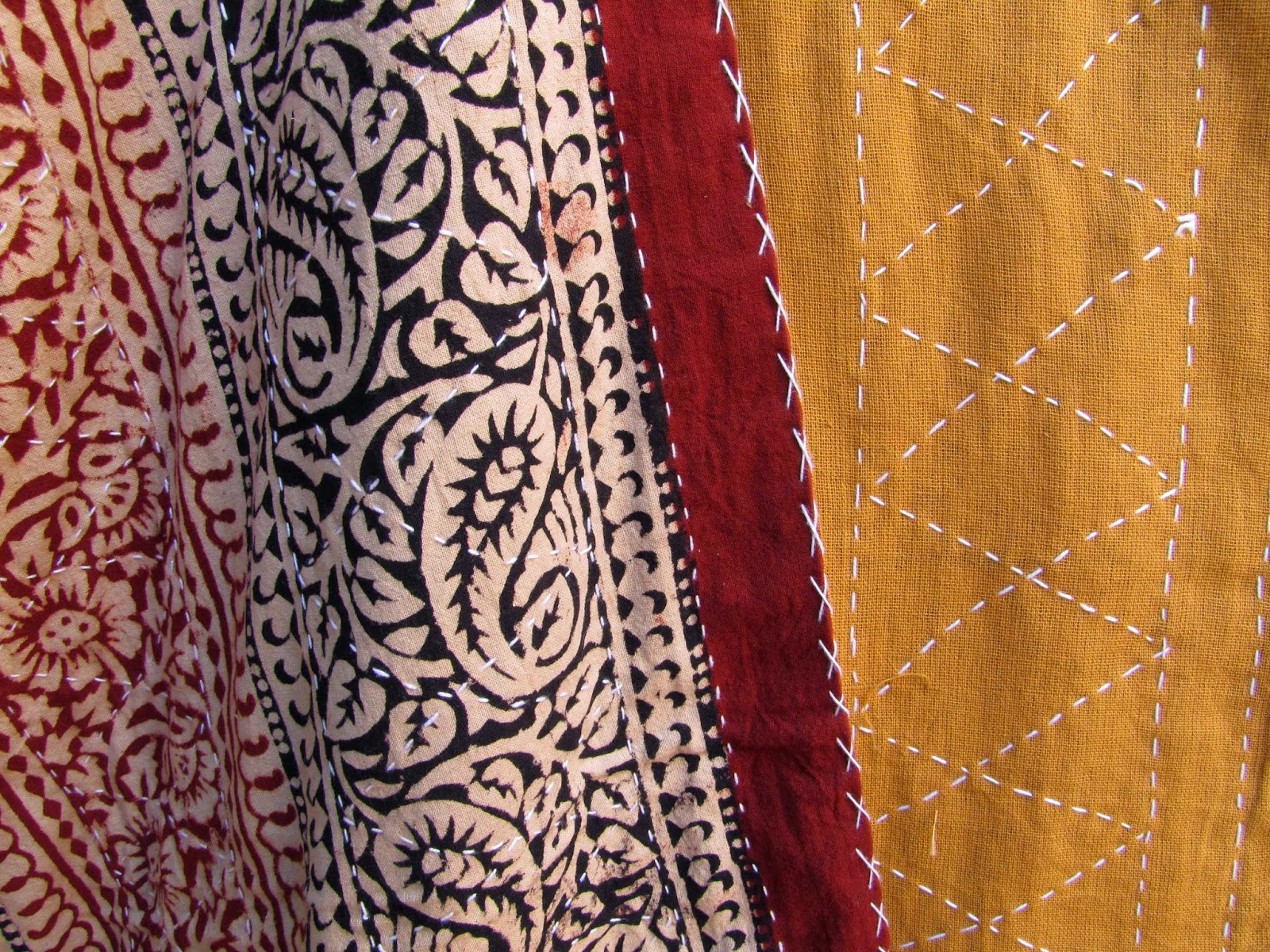 We got this double bed cover (which is double layered) for just Rs 1500/- If you look closely you can see the amount of work that has gone into it which is all done by hand. 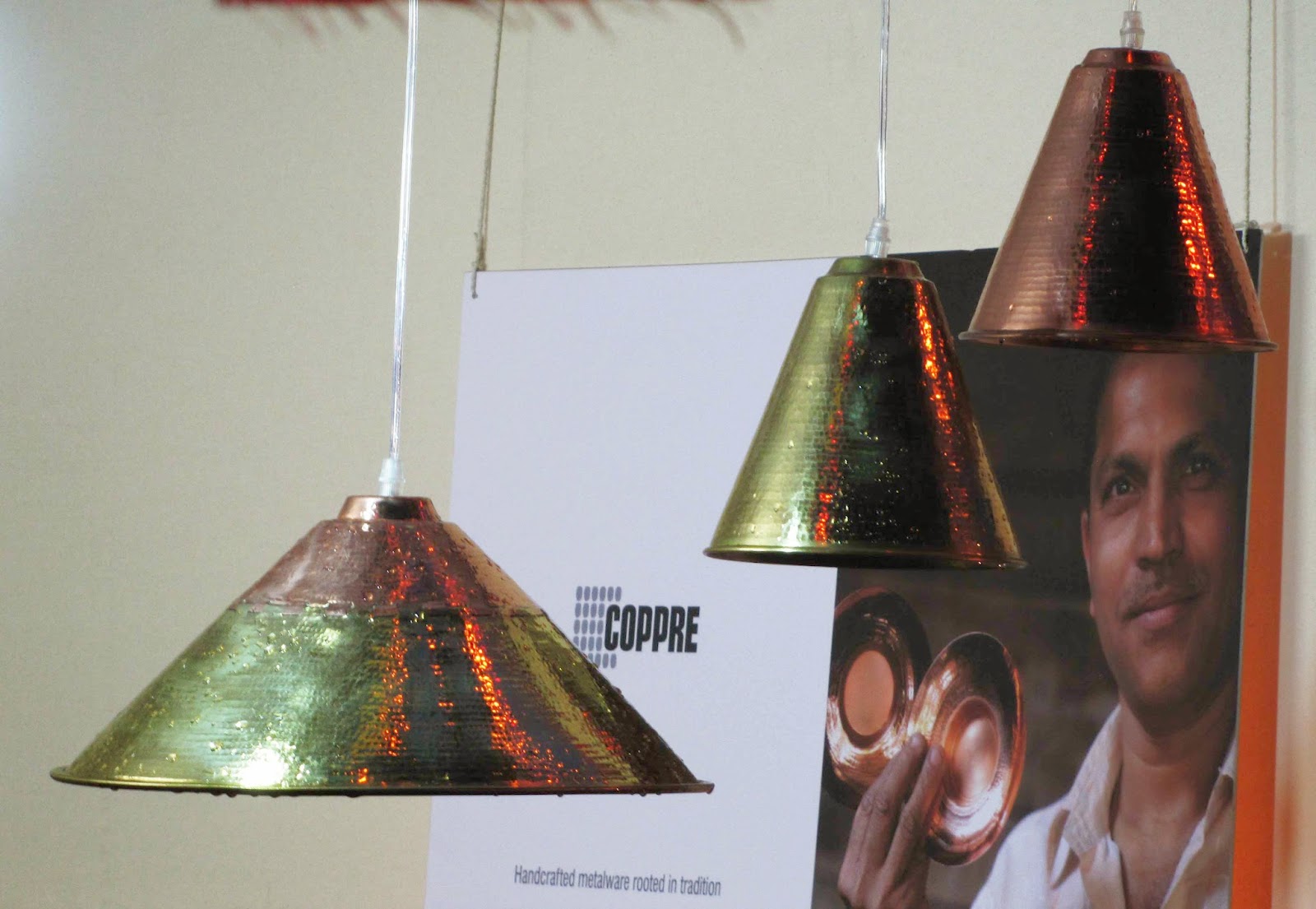 For over three centuries, the metal working artisans have been making hand beaten copper wares. But today their numbers have dwindled considerably.  Coppre  works with a small settlement of these artisans with an effort to bring them to the mainstream. 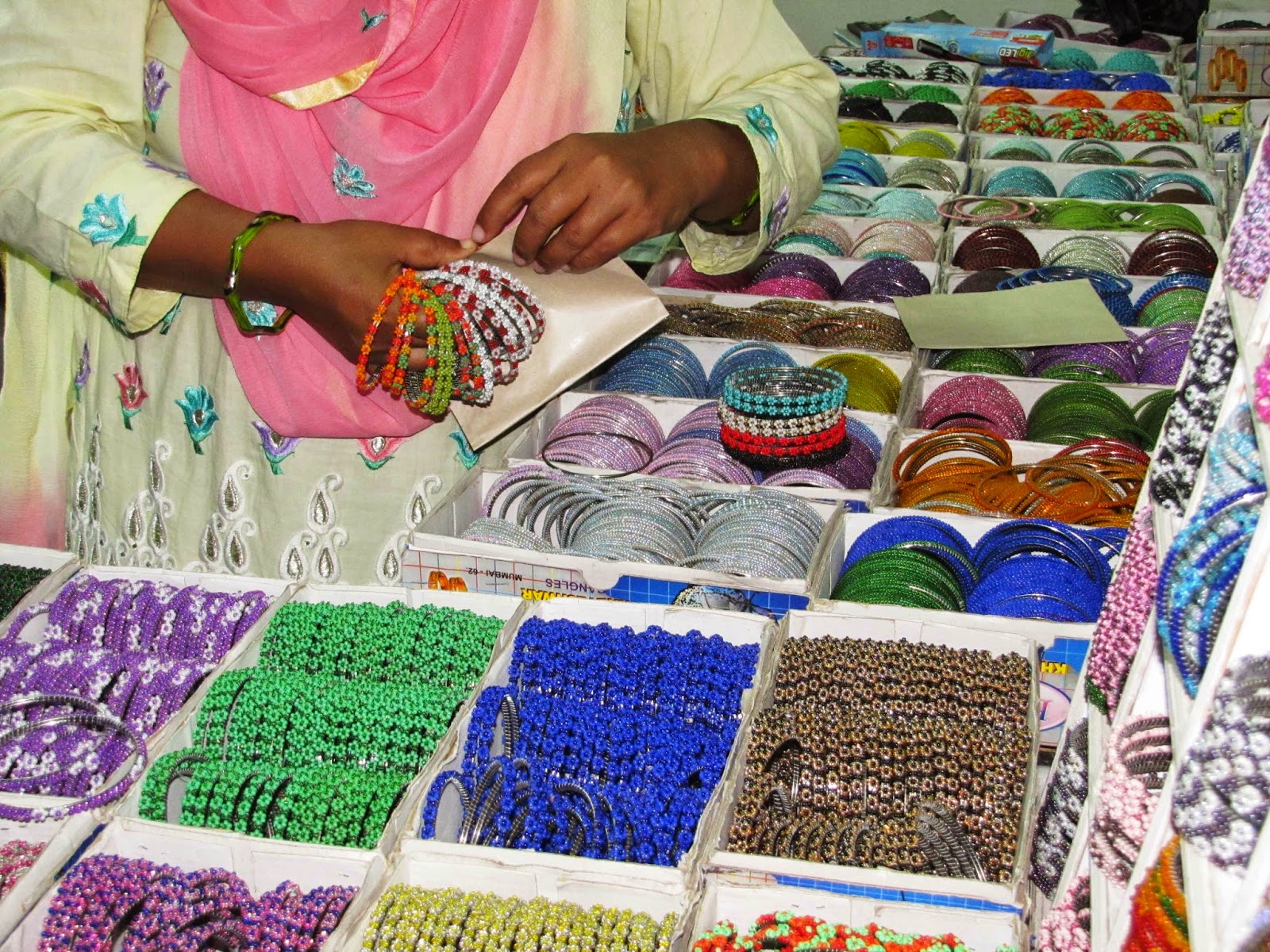 These bangles are made pretty by the colourful beads on it. A pair costs Rs 50/-    I was taken in by the simplicity of this elderly couple who made these bangles at home. 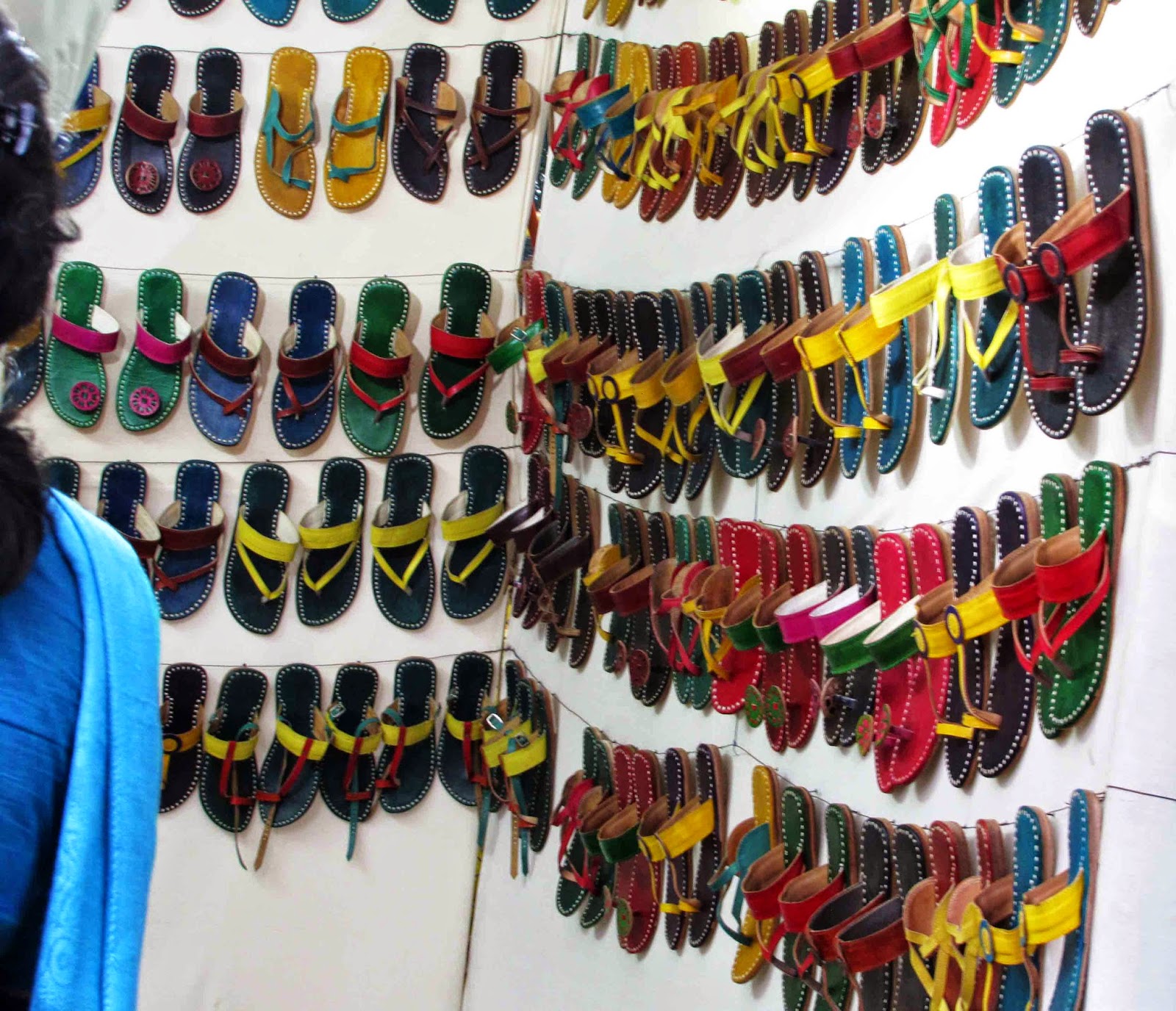 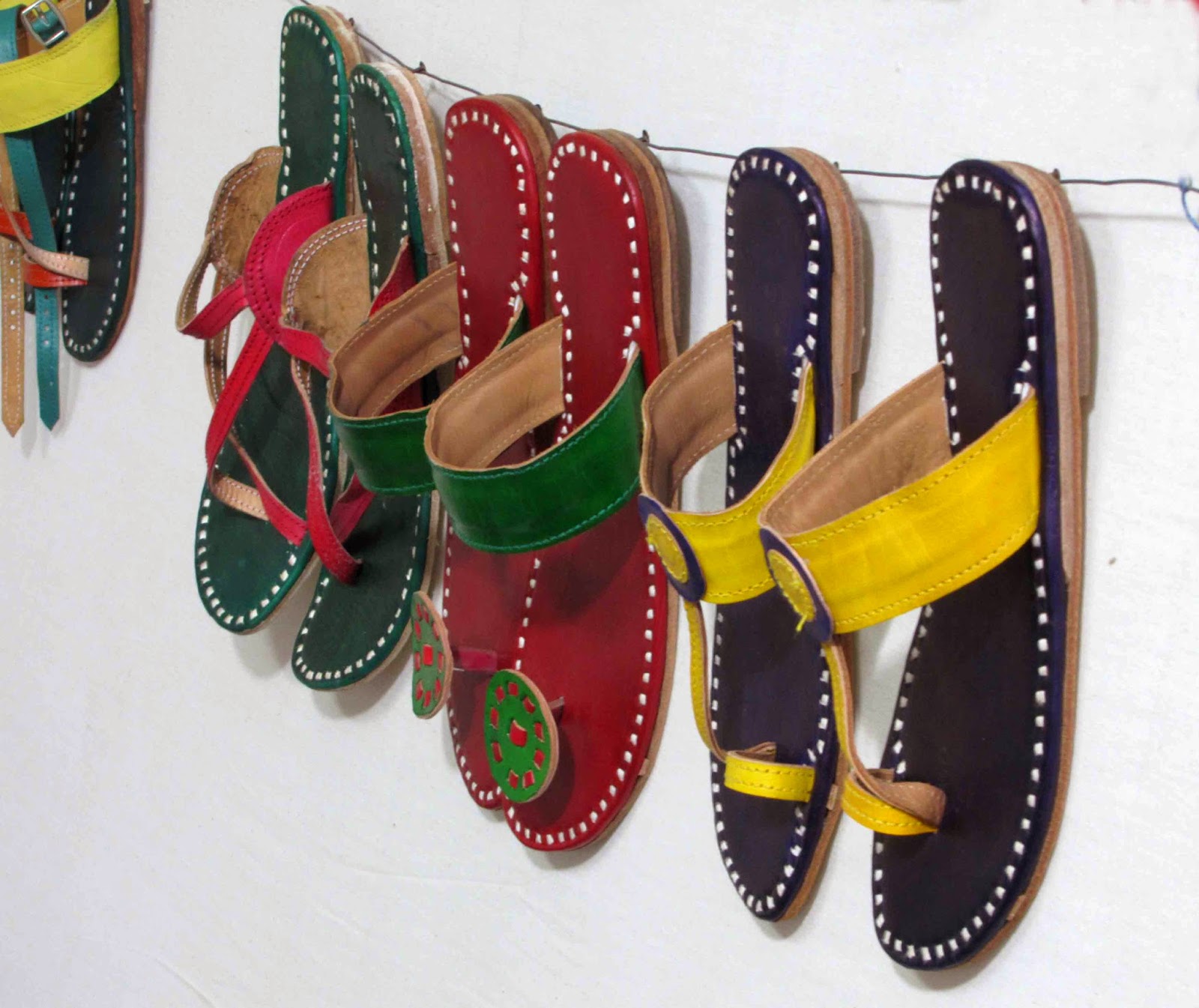 Colourful chappals made of pure leather. 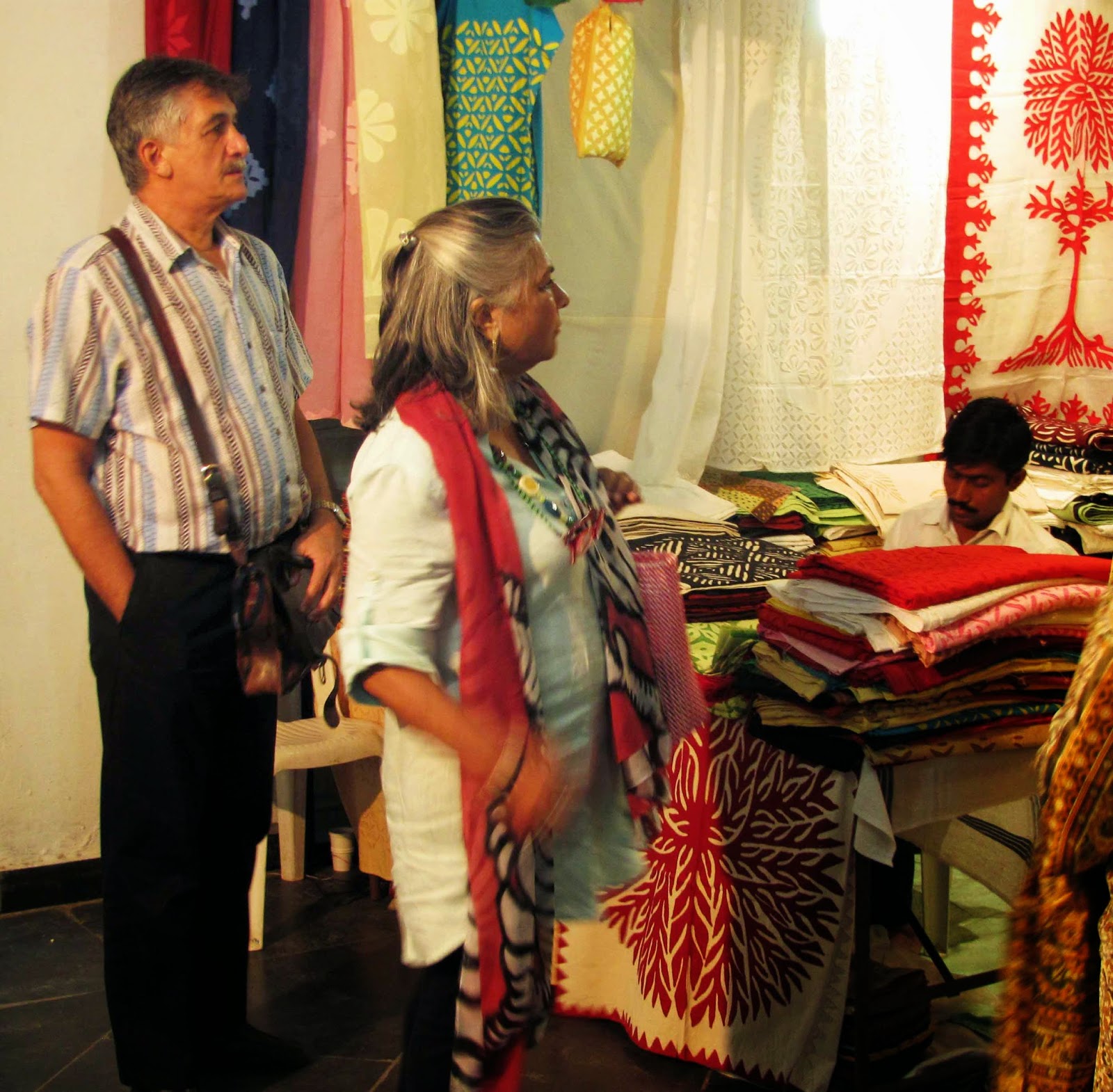 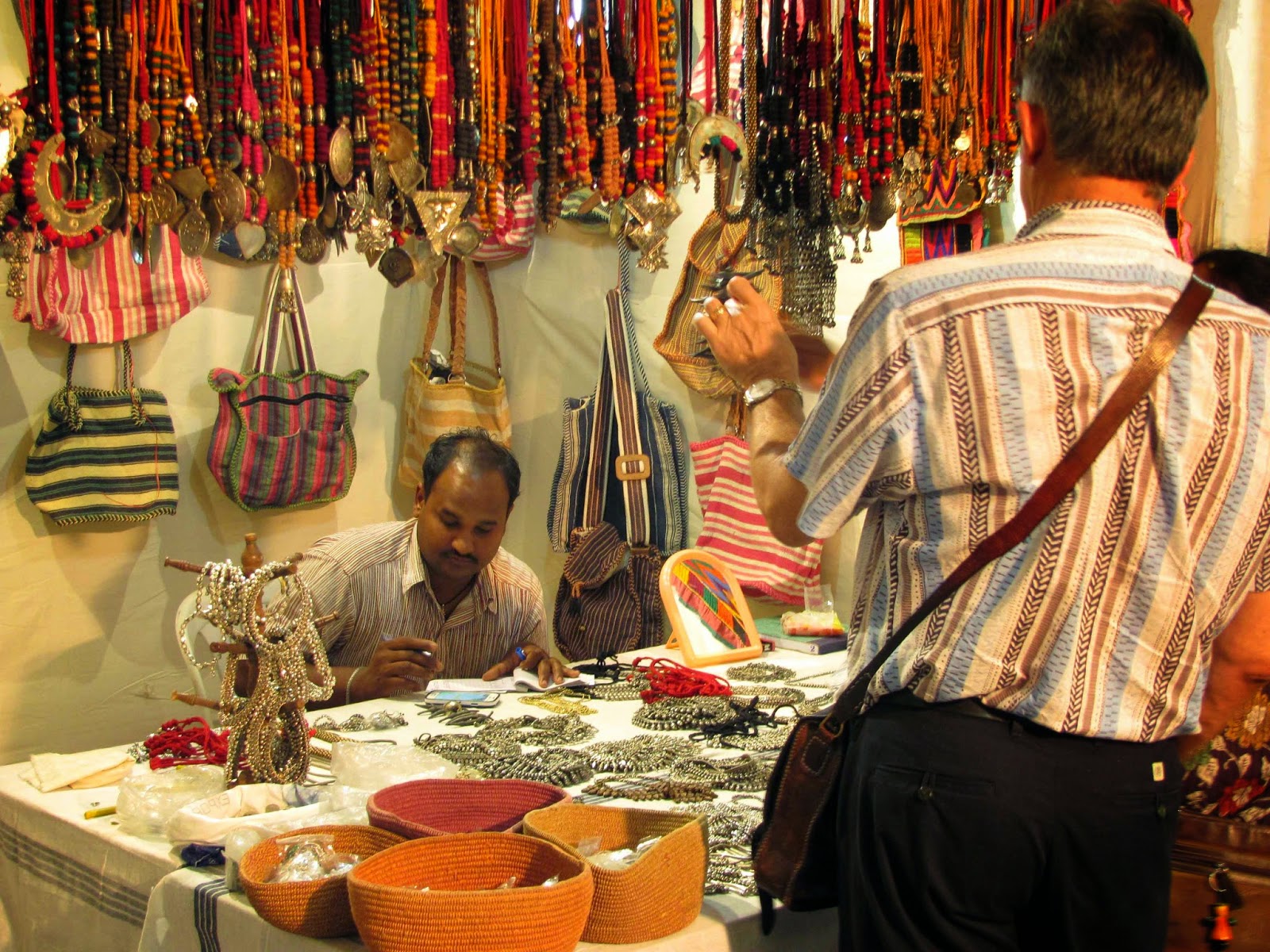 Noticed many foreigners who were impressed by the wares on display. One of them said  “these same items are available in the shops at the airport and they are so costly”
The Dastkari Haat Samiti is a nationwide association that brings together craftspeople from all parts of India on a common platform to expand the market for products made by hand using traditional skills. 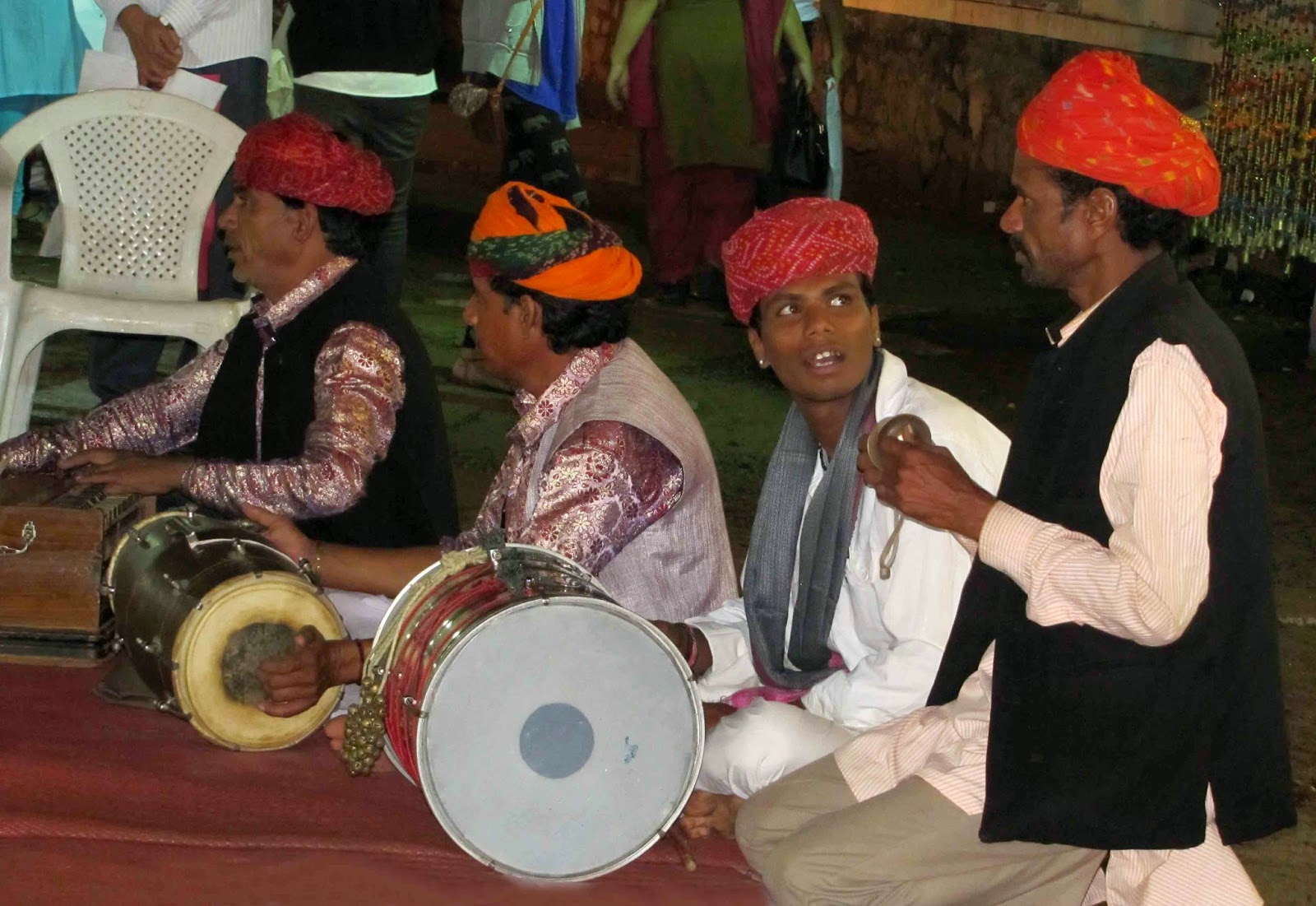 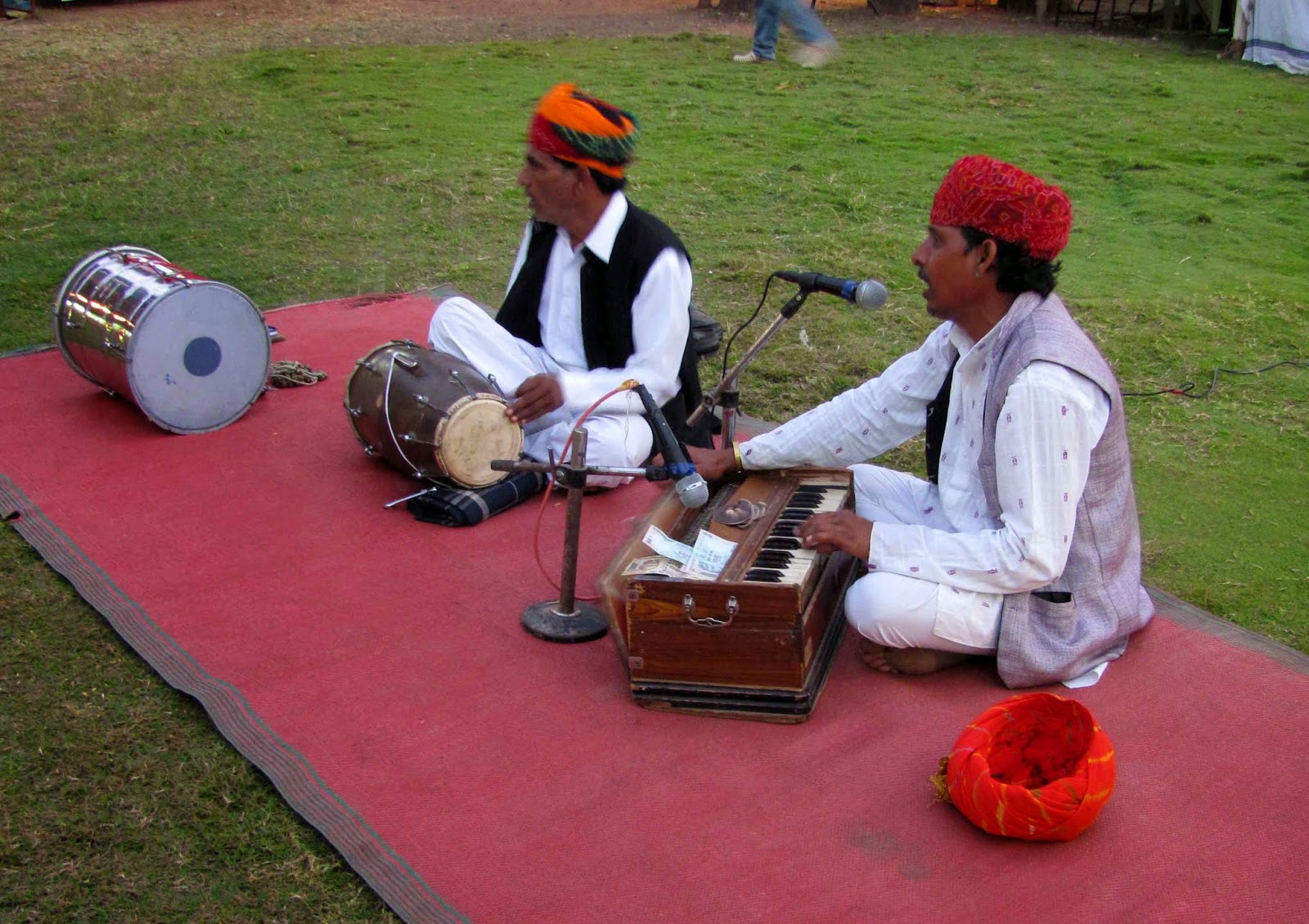 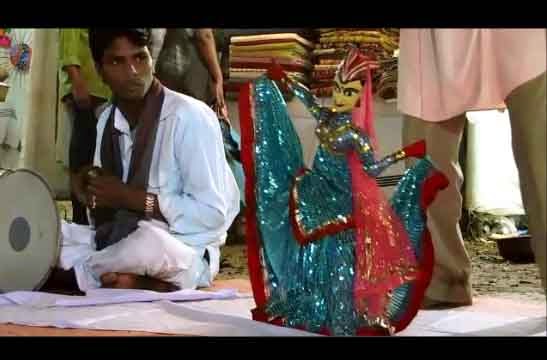 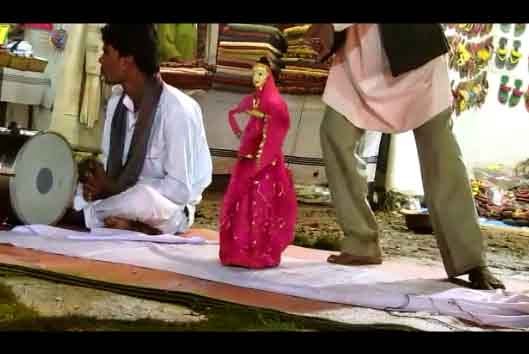 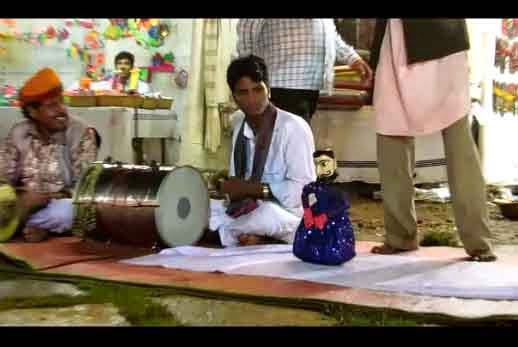 A group of musicians kept the customers  entertained with their Rajasthani folk music and some impressive puppet show.
Wifey says that she will keep a lookout for the next Dastkari Haat exhibition. According to her “there is no point in going to big renowned stores in the city and end up paying double the price for the same items”

Have made a small video with more pictures and video clips. (click on the link below)
https://vimeo.com/112558953


PS: (24.11.14) After posting this, many enquired about the next Haat in Pune. When I contacted Dastkari Haat Samiti, this is what they told me: "Our Grand annual Craft Bazaar is at Dilli Haat at New Delhi from 1-15 Jan and in Chennai at Kalakshetra from 6th to 15th Feb. After the encouraging response from Pune we hope to come again next year with new people, things and entertainment"

The first is so colourful. - Charles

Oh, such beautiful things! I would love to visit there. Also enjoyed the video and the music!

beautiful different things for sail, I would want some to me.
Lovely market photos.

love the bangles ,shoes ..so colorful..
very reasonably priced
..thanks for sharing!

I would be in hog heaven there!!! I do not see one thing I don't like.

I love the cover you've chosen. I have never been able to get my stitches the same size.

Wow, absolutely amazing wares! Thanks for sharing. What beautiful work!

Wonderful colorful photos! I would enjoy visiting there and shopping.

We were going away on a trip but was lucky to catch the first two days of the haat. Absolutely loved it and bought a few things too.

there are some interesting items here :)

What a lovely collection by skilled artisans - loved your pick!

Beautiful fabrics and leathers. So colorful. What a fun place to shop. Have a wonderful day.

A place I would love to visit.

I liked the idea of artisans selling their products directly and not through intermediary. And, each of the items look so colorful and I feel like buying a few myself...

Thanks for sharing the colorful pictures... It was a delight...

there are some beautiful handmade items in your images. TFS

I love such exhibitions,Dastakari especially has always been very good. They have it here too, and I have purchased a lot from. Thanks for sharing such lovely photos.

Really pretty! So many arts & crafts!
Proud of incredible India!

How cool. some people are so talented and amazing.

Dastakari Haat was held in Gurgaon also but I could not attend. Such bright pictures. A photographers delight.

Lovely photos and interesting information. India is extremely rich in handicrafts. Every region in India has something special.

The stalls, the displays look so delightful! I wish were there in Pune!

Lovely captures. Stuff looks so pretty. Makes me miss Pune. Thanks for the p.s :)

Beautiful pics :) I could spend hours there looking at everything.

Dastkari comes here also every year, yes, at Kalakshetra. I love to buy things from this exhibition. Your photographs are too good. More people will visit after seeing them!

I love love love dastkari haat mela when it happens in my city!!!

Wonder if they have Mumbai in their plans

Mumbai has it's own arts fest happening right now at the Bandra Reclamation. Our crafts are so beautiful. Hope they last!

So cool! I see so may beautiful things... will check out the one in Chennai in February. Thanks for letting us know, this looks really good, especially the beaten copper lamp shades.

Nice finds. Everything is so colorful.

Honey as usual sensational post! You make it with such passion and commitment,
it's nice to read! I hope these posts as much as possible and as often as possible!
I'm your biggest fan - you can count on me at any time! :-*

The wares look so attractive!