Voltaire said “Let us read and let us dance. These two amusements will never do any harm to the world” These words came back to me as I witnessed a dance performance put up by the Nrityanjali group at the Cross Maidan during the Kala Ghoda festival in Mumbai. 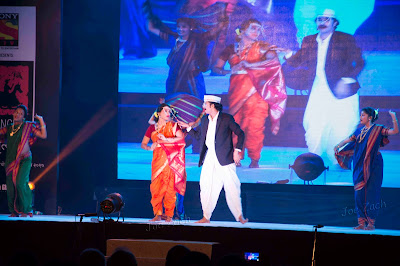 The Kala Ghoda Festival is held every year and this is the first time I could attend, mainly because I happened to be in Mumbai at that time.
The original Kala Ghoda (Black Horse) was a black stone statue of King Edward VII mounted on a horse that was built by Jewish businessman and philanthropist Albert David Sassoon. This statue was moved to Rani Baug (originally Victoria Garden) at Byculla Mumbai in 1965.

The David Sasoon Library is bang opposite Jehangir Art Gallery and more on it in Part II of the Kala Ghoda Festival blog. 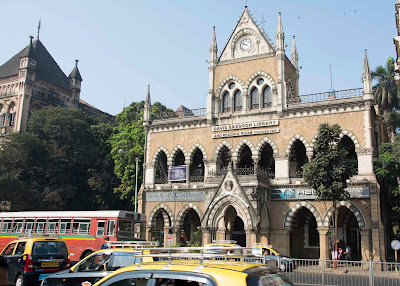 Coming back to the dance, it was one hour of pure entertainment for all. 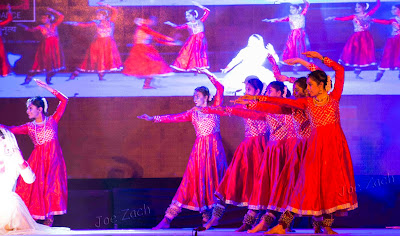 There was never a dull moment and I think it was so because of the meticulous planning and execution of the flow of the event. The two anchors gave a running commentary to connect the concept themed "Jindagi ke funde, Bollywood style" 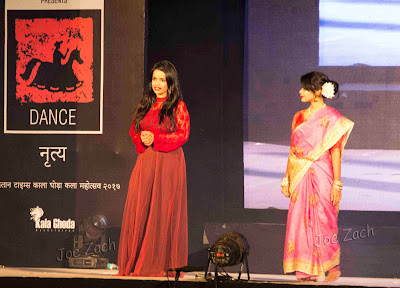 I happened to be at Cross Maidan during the day time too and saw the troupe practicing. I captured some parts of the practice. 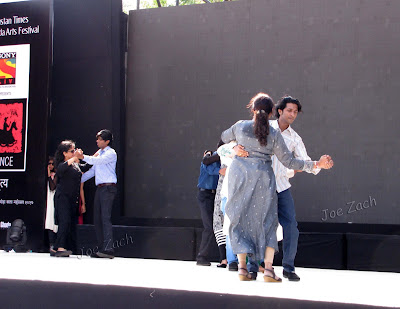 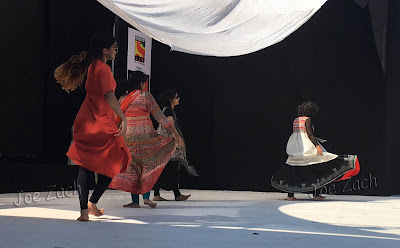 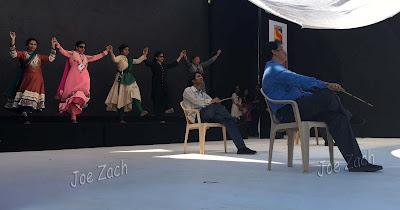 Later while editing the video, I spliced in the practice part with the final performance. You can see the vast difference it makes with the colourful costumes,  lighting and with the proper sound control of the music. If the artists had attempted lip synchronization with the songs, it would have been totally perfect. 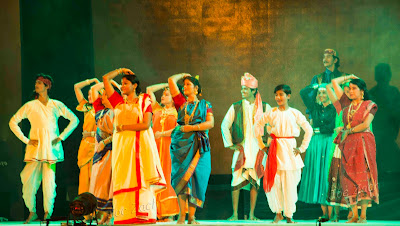 I have put together the first part of the video. You may observe a bit of shake at times, but then that is the best I could do with a hand held camera and trying to zoom in to capture the action which was happening about 50 meters away.
One word about the performers, it is very evident that they really enjoyed what they did and that was enough reason for the audience to keep on clapping.
Behind the stage you can see the magnificent stone building (build in 1899) which is the headquarters of the Western Railway. 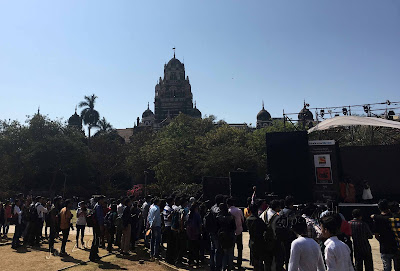 More on the other parts of the Kala Ghoda festival in part-II of the blog.
PS: The second part of the video  has been uploaded on YouTube.

PS:PS: The third and final part of the video too has been uploaded.

While editing the third part I realised how truly blessed we are in having the vast diversity in our country.

Like the contrast between the practice and the final performance. - Charles

Very good captures of the dancers' dancing moves!I especially like the one with the girl dancers in red.
I might be wrong but judging by the final dance in the video, the coregraphy looks quite westernish, and yet it contrasts successfully with the authentic indian music.

Love the quote. Love your beautiful photographs and video!

Thanks for sharing this lovely festival and dance!

I thoroughly enjoyed the first half of the video where the men were dancing in those green shirts. It was such a lively and happy performance, left me smiling... :)

Thank you for the music and the entertainment. :)

I have always loved the clothing of India. So beautiful!

That was a good idea, to intercut the rehearsal with the performance.

I enjoyed this post. Very creative to edit the video the way you did.

Thanks for sharing this lovely festival and dance! Thank you for your visit on my book & lifestyle blog. Have a great rest of the week :)

I am missing so much - seeing these blogs makes me realise how much I miss.
Theresa Mathews

I really like that quote. It's so true. you always have beautiful and interesting posts.
Hope you're having a great new year!
-Marie

What a lot of variety. I would have enjoyed it too, thank you for posting the videos.

I love the colorful clothes! Such pretty pics!

GREAT photographs! Enjoyed the videos too! Love the colorful clothing.

Great spirit! Great performace and a great video! The swach bharat mission is an importanr initiative and its good to see that everyone is noticing and acceptinf its importance! Great message

Lovely photos, and I like a lot of the daces in the videos.